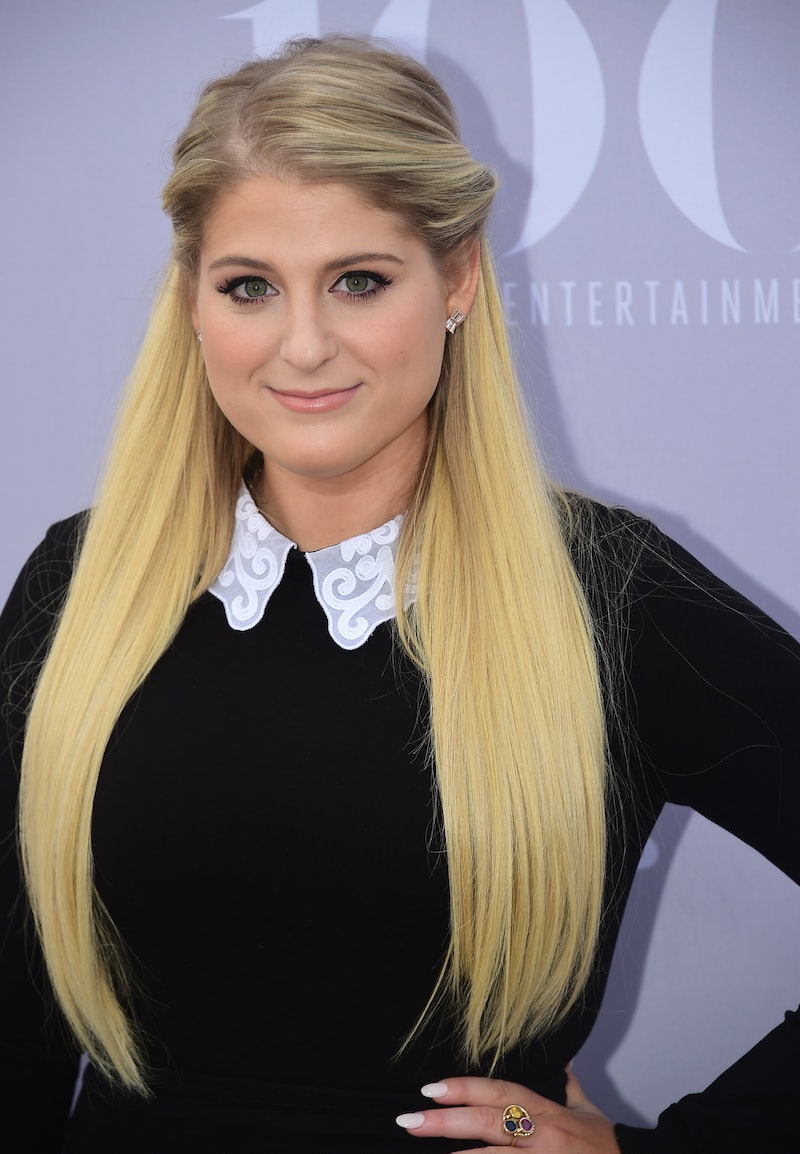 Her debut LP, Title, premiered less than a year ago, but Meghan Trainor's new album is already well under way. "It has a lot of big songs on it that I can't [wait] for the world to finally hear," Trainor told MTV during a recent interview. "I haven't been working long on it, but I got some good stuff and I think we are going to wrap it up soon." How soon is soon? The "Like I'm Gonna Lose You" singer revealed that she hopes to premiere her next project in February or March of next year. (And if the collection is preceded by a lead single, we could be hearing new material even sooner than that!) It's an exciting time to be a Megatron.

Shortly after Trainor burst onto the scene with "All About That Bass" in June 2014, many people (myself included) wondered if she had "what it takes" to carve out a successful, long-lasting career. Spoiler alert: She does! Trainor has scored two more top 10 singles on the Billboard Hot 100 chart since "Bass," proving she's no one-hit wonder. There's no doubt about it — she definitely knows her way around a catchy tune! (That being said, the pop music world is notoriously fickle, so I think it's wise for her to "strike while the iron is hot," so to speak, and release a follow-up to Title ASAP.)

So, what can we expect to hear from Trainor's forthcoming sophomore effort? The 21-year-old artist told MTV that she's created a sound we're not used to hearing on the airwaves: "I wanted to go big, I wanted to get all my influences in there and show everything from my Caribbean side to my love for Bruno Mars and Aretha Franklin and even some Elvis vibes, anyone I grew up listening to. I was trying to show the world what I love. I wanted to do something that's not on the radio, but kind of different."

Trainor has a talent for writing hits, so I'm confident she'll find a way to make her new sound work for mainstream pop radio. I'm excited to hear what she's come up with! Stay tuned for more details, and be sure to watch the 58th Annual Grammy Awards on Feb. 15, 2016 to find out if Trainor will take home the award for Best New Artist.