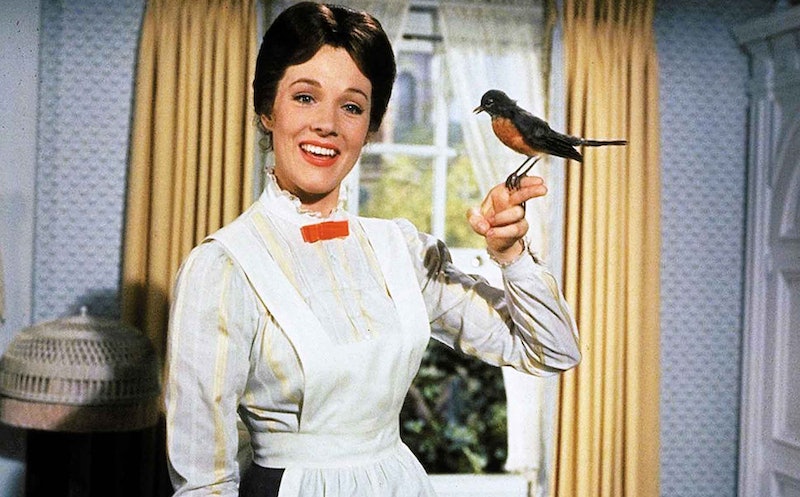 And I don’t mean kids’ horror books like Goosebumps. With all due respect to the great R.L. Stine, those books felt much scarier when we were kids (and demonic ventriloquist dummies felt like a much more immediate threat). Nor do I mean that one collection of short stories where the girl has the ribbon tied around her neck to keep her head on (YOU KNOW THE ONE). If you never read that story, I envy your nightmare-free childhood.

I mean kids’ books that we remember as being perfectly innocent, but in retrospect they're actually horrifying. Or at least, they have one incredibly scary part that you somehow never picked up on as kid. Or maybe it was just so disturbing that you blocked it from your memory?. I guess we were all just much braver and/or oblivious as kiddies? Whatever it is, these books are all way scarier than they were when we were little. So check out these nine surprisingly creepy children’s books.... if you dare:

1. The Bad Beginning by Lemony Snicket

Yeah, yeah, the kids' parents die in a fire and they're sent to live with an abusive actor, and that's all very unfortunate and frightening. But looking back as an adult, the scariest bad of this book by far is that Count Olaf is kind of into Violet. Violet, who is 14. He tries to force her to marry him in order to snatch the orphans' fortune... but he also repeatedly tells her how "pretty" and "lovely" she is, and it's extremely creepy and upsetting. (Also, the fact that he puts a little baby in cage and dangles her out the window is really quite disturbing.)

Peter Pan is universally considered adorable! That's why they keep making (increasingly inaccurate) movies about him. And why wouldn't people find him adorable? He's a adventurous little boy who never grows up! He's also a murderer! I mean, he definitely has no problem with killing pirates, at least. But in the original book he also "thins out" the population of Lost Boys whenever they seem to be in danger of growing up. Wait... thins out? So... does he murder them? Um. Well, there goes that charming mainstay of my childhood.

3. The Witches by Roald Dahl

Look. Everything Roald Dahl ever wrote is terrifying. EVERYTHING. Those kids in Charlie and the Chocolate Factory drowning in chocolate and getting stretched with taffy pullers and whatnot? Nightmare fodder. But The Witches is so amazingly creepy. I mean, I remember reading this as a kid and thinking it was a weird adventure where a little boy gets turned into a mouse by witches! (And gets part of his mouse tail chopped off.) But do you remember how it ends? The kid is stuck as a mouse forever. And he and his grandmother figure that he'll probably only live another couple of years because, y'know, mice don't live that long. UM, OK.

4. In the Night Kitchen by Maurice Sendack

Three bakers try to bake and eat a little boy. They try to eat him. In the Night Kitchen has been on banned book lists before because there is some nudity (but like, innocent little kid nudity), but that is nothing to the three extremely scary bakers who are prepared to eat a child. Also Maurice Sendack's whimsical fantasy world is just a little bit of a frightening hellscape, in retrospect.

A board game tries to kill some kids. Why did this (gorgeously illustrated) story come across as fun and charming rather than a very scary situation in which small children are almost mauled to death by a lion? OK, so it's still a fun and charming kids' book, but those detailed, black-and-white illustrations are genuinely frightening. Chris Van Allsburg's art has much more of a moody, surreal, creeeeeeeeeepy feel than your average picture book.

Hans Christian Andersen's stories are notoriously... different than the Disney interpretations. But you probably came across some of them as a kid: The Little Mermaid (she dies), The Steadfast Tin Soldier (he dies), The Little Match Girl (she freezes to death while hallucinating a nicer life for herself), and so on. But those stories aren't just sad, they're scarier than you recall. A little girl is forced to dance in her little red shoes until her feet are cut off. The little mermaid's tongue is cut out. Ice-maidens stalk little boys and then try to murder them. You know, for kids!

If you only associate Mary Poppins with cutesy singing penguins, you need to give the books another read. A little girl gets trapped in the painting on a china bowl, and the creepy little painted people tell her that she can never go home. There's a character, Mrs. Corry, who eats her own fingers (they're made of sugar and she grows new ones but... still). In one of the later books, a kids gets trapped on a planet of cat people (those books have a lot of kids getting trapped in frightening places, and then Mary Poppins yelling at them about it).

8. Julie of the Wolves by Jean Craighead George

The pack of wild wolves is hardly the scariest part of Julie of the Wolves. Or did you forget that the book is about a 13-year-old girl who has been forced into an abusive marriage? Yeah. I mean, the stuff with the wolves is all still there (and pretty tense all on its own), but the reason she ran away in the first place is to escape her alcoholic in-laws and her abusive husband, who sexually assaults her. And she's still 13. Yikes. This book is not kidding around.

Remember Narnia? Fantasy adventures and battles and a friendly talking lion? Well, the kids die in this book. They. DIE. I mean, the book is called The Last Battle, so there's plenty of scary war and death to go around —but the really freaky plot twist (in retrospect, anyway), is that it's revealed at the end that the children have died in a gruesome train crash. And now they're going to stay in Narnia (i.e. Heaven) forever. Except for the oldest sister, Susan. Because she likes lipstick and boys, and she didn't die in the train crash so... she's going to Hell, I guess? Just for liking lipstick? #justiceforSusan.