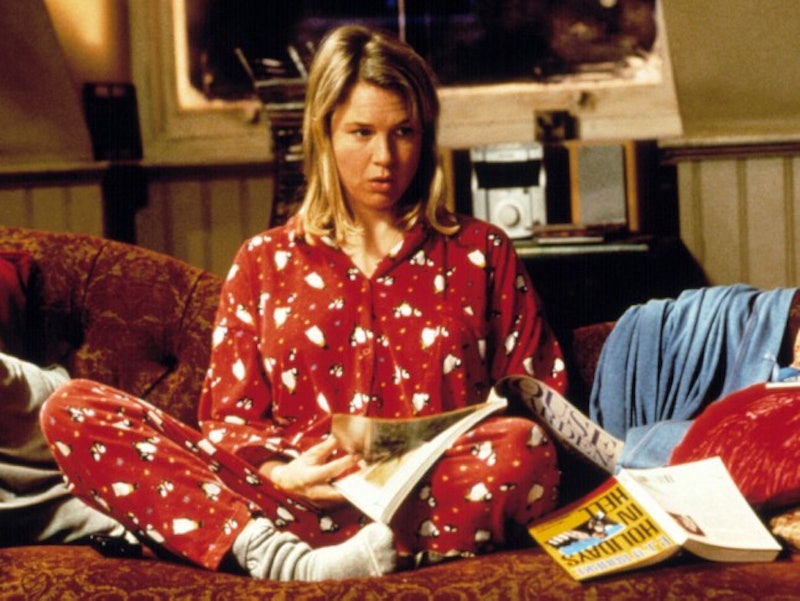 Come January, the warm fuzzies of the holiday season will start to fade as we face a whole new year full of new challenges, new opportunities, and, of course, New Year's resolutions — which, naturally, means new gym memberships, new yoga classes, new diet plans and goal jeans and a horde of other halfhearted promises we make fully aware that we’ll probably abandon them by February. But the New Year doesn’t have to mean a bunch of stock resolutions destined to flop. Put a little more thought into your goals for this year by taking a tip from folks who’ve tried (and sometimes failed) to learn a thing or two about this whole Life thing.

Whether you’re just looking for a little self-improvement, a fun year-long project, to learn something new, or just want to get some semblance of handle on being a human being, there’s no shortage of good books that can guide your change, help you toward your goals, or inspire self-acceptance. At the very least you can take some pointers from people who’ve failed gloriously and learned a thing or two along the way. That’s sort of what books are all about anyway, right?

Well, get your hands on some of these, and you just might have a fighting chance at keeping at least one of your goals for 2016.

It seems no small coincidence that the story of one of the most lovably flawed characters in literature is set during the holidays and the New Year. We all must see a little of ourselves in the example of Bridget Jones fumbling her way through life, just trying to get it right at least sometimes. Reading Bridget Jones’ Diary this New Year will remind you that we’re all delightfully flawed and we’ve got to go easy on ourselves and just be our delightfully flawed selves sometimes.

2. We Should All Be Feminists by Chimamanda Ngozi Adichie

Maybe you realized that you need to up your feminist chops. The New Year is a great time to start and We Should All Be Feminists is a great place to start. Ngozi Adichie delivers a powerful argument for the importance of feminism for everybody. It will inspire you to actively amp up your own feminism for the rest of the year and beyond.

Food-based resolutions might not seem like the most interesting, but food is something you’ve got to deal with everyday, several times a day. Kingsolver spent a year rethinking her relationship with food and decided to get back in touch with it. Eating locally, canning, raising her own crops and chickens, Kingsolver and her family take on an exciting locavore challenge and learn a great deal about where their food comes from and the satisfaction of being more connected to the growing process and local economy. It just might inspire you to finally go to your local market instead of stocking your freezer with Hungry Man meals.

4. The Happiness Project by Gretchen Rubin

The old adages might seem like a bunch of silly cliches, but they are old and adages for a reason. They must’ve proven true over and over again over the centuries. Gretchen Rubin decided to start paying better attention to them, living her life according to them with the goal of actually being happy.Of course, it’s not as easy as it sounds and it turns out that some things will work for you, and some just won’t. Still, it’s always worth a good old college try or something, right?

Sure, you could make resolutions to quit smoking, get to the gym more, eat local, or what have you. But maybe your aspirations for the New Year are a little less prescriptive than that. Maybe you just want to get better at doing you. Navigating the impediments that come with being a part of several marginalized communities, Janet Mock has overcome more obstacles than most when it comes to defining yourself, learning to love yourself, and being unapologetically you. We could all take a tip or two from Mock.

6. Howards End Is on the Landing: A Year of Reading from Home by Susan Hill

You love books and your overflowing bookshelf shows it. The only problem is that you love books so much that you’re constantly buying new ones before you’ve read even half of the ones you already own from other amorous bookstore shopping trips. It’s probably one of the most common #BookLoverProblems. Well, you know that resolution you made (and probably failed) last year to read all the books you own before buying any other books? Well, Susan Hill actually did it and wrote a book about it. Maybe it will inspire you to try again this year.

Sometimes you gotta go back to go forward, right? Well, before all these self-help books and “A Year Of… Whatever” takes on examining life, Michel de Montaigne was asking himself “What do I know?” and inventing the form of the personal essay to explore life’s biggest questions. Montaigne’s essays might not have exactly the right advice for your resolution to spend less time on Facebook, but most of the big life questions he wrestles with are the same ones that we’re stuck with today.

8. How to Live by Sarah Bakewell

If Montaigne’s actual essays aren’t your style, you can still enjoy the lessons. Sarah Bakewell mixes a bit of biography with critical analysis and offers Montaigne’s uplifting life lessons alongside the ups and downs of his own life as well as the life of his Essays and how they’ve been transformed and adapted over the decades. Bakewell synthesizes much of Montaigne’s topics into the one question we’re all (Montaigne included) really most concerned with — how to live.

9. The Life-Changing Magic of Tidying Up by Marie Kondo

Cleaning your house might not seems like the most life-changing thing in the world, but imagine if you never had to declutter your life again. Imagine how much time you’d save! All the time you spent trying to find that one t-shirt you borrowed from your friend two years ago or full-scale cleaning your whole apartment only to have to do it again in a month… Suddenly, this magical way of tidying up seems like a good idea, doesn’t it?

Largely surrounding a man’s choices made on New Year’s Day, White Teeth is a good reminder of just how unpredictable life is. You can make as many resolutions as you want, but sometimes things, good and bad, just happen. Sometimes you’ve got to accept that you’re just along for the ride.

11. The Prophet by Khalil Gibran

Touching on just about everything, from death to love to family to work and even food and drink, The Prophet seems to have the answer to just about everything. Reading this collection of gems just might be the perfect way to start the New Year, especially when experience has proven that you’ll spend a lot of days asking yourself, “How on Earth am I supposed to do this life thing?”

12. How Should a Person Be? by Sheila Heti

Sometimes you have no idea what you want to change or keep the same or really just how you should be. Sheila Heti’s book pokes at this question through the lens of her own disordered life. If all the usual resolutions just aren’t speaking to you, maybe the first order of business is to take a good look at you and ask the big questions. It's a love-it-or-hate-it kind of book, but so is anything that dares toward the big questions and issues.