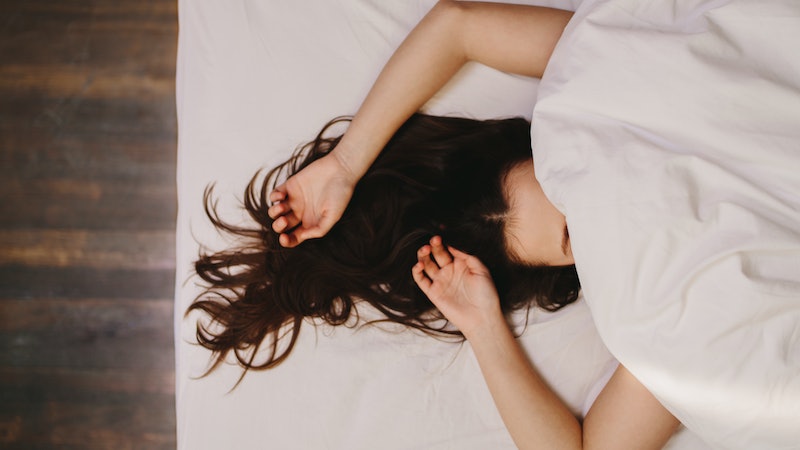 Suggesting that there's such a thing as too much sleep seems crazy. After all, who doesn't love sleeping in when they can? But a new study is basically ruining it for everybody by suggesting that not only is oversleeping bad for you, it can also kill you.

The study from University of Sydney in Australia surveyed the daily habits of more than 200,000 people aged 45 and older in New South Wales, starting in 2006. And what it found is pretty much the worst thing ever: oversleeping is actually linked to increased mortality rates. In fact, according to researchers, sleeping more than nine hours a day increases your mortality risk by a whopping 44 percent over a six-year study period. Well, that sucks.

Conversely, the study found that sleeping fewer than seven hours a day meant a much lower nine percent increased mortality risk. That's right — contrary to everything we've ever believed, sleeping less is actually better for you than sleeping more.

But the more likely explanation is that people only account for the length of time that they're in bed, not the quality of their sleep. So while someone may have been in bed for 10 hours, that doesn't necessarily mean that they were having a restful snooze. "Reported long sleep duration could in fact be indicative of fragmented, restless and poor-quality sleep," Stamatakis said.

Bottom line? When it comes to sleep, you should be more concerned with quality than with quantity. Troubled sleepers — like me— have more to worry about (thanks science!). On the bright side, you now have new motivation to try out all those tips for better sleep.

More like this
6 Abortion Advocates To Follow On TikTok
By Sara Youngblood Gregory
How To Protect Your Digital Privacy If You Need An Abortion Post Roe v. Wade
By Kaitlyn Wylde
6 Full-Body Tabata Workouts, Straight From Trainers
By Carolyn Steber
Britney Spears & Sam Asghari Announced Their “Devastating” Pregnancy Loss
By Stephanie Topacio Long
Get Even More From Bustle — Sign Up For The Newsletter