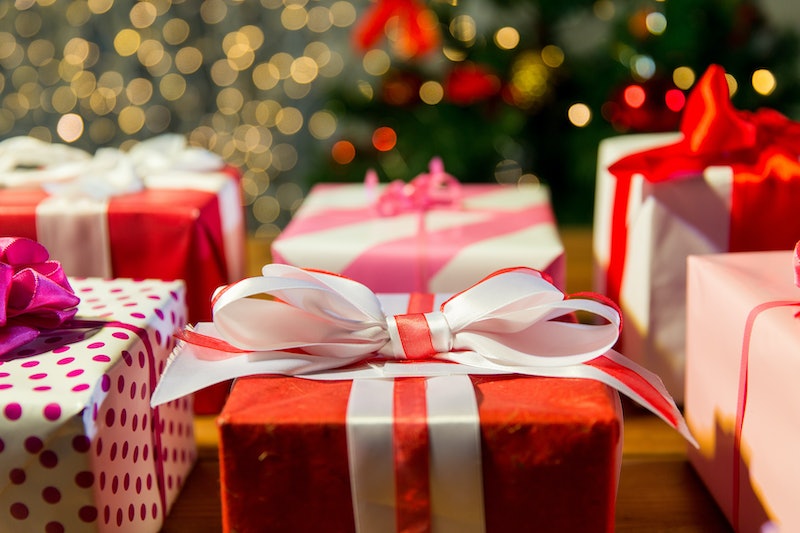 In case you were looking for proof that holiday miracles really do exist, a British man finally received the toys that he requested from Santa as a child — 70 years after he initially asked for them. It all started with a letter that David Haylock wrote to Saint Nick in 1943 and buried in the chimney of his childhood home. Flash forward to this year, and that same note to Santa was uncovered by home builders, who decided to make the long-awaited wishes of Haylock come true.

According to the BBC, Lewis Shaw, who was working on construction on the home with his father and brother, discovered the handwritten note, in which a younger Haylock asked Santa for a few simple items, like a drum, a box of chalks, soldiers, slippers, a silk tie, and a pencil box. After reading it, Shaw was touched by the contents of the letter.

So Shaw decided to take action. He bought a bunch of the items on the list, wrapped them and delivered them to a very surprised Haylock (now 78), along with the letter. Haylock, for his part, says he was only eight years old when he wrote the letter, but still remembers storing it in the chimney with his mother for Santa to find. But though it may live on in his memories, I bet he definitely didn't expect to see it again, all these decades later.

So what did Haylock think of finally receiving his long-awaited Christmas gifts? He called the gesture "lovely," but did have this to say about the process of writing to Santa: "Seeing as it's taken more than 70 years for the letter to get to Father Christmas, I think email is probably the best way."

Ha! Now that's what I call a great Christmas story.

More like this
What The History Of Pride Month Means For Celebrations Today
By Jay Polish
25 Quotes About Love To Share During Pride Month 2022
By Madeleine Aggeler and Emma Garza
How To Decorate Your Home Like A Coastal Grandmother
By Emma Garza
If Your Refrigerator Is A Mess, These 25 Organizing Products Can Help
By Courtney Young
Get Even More From Bustle — Sign Up For The Newsletter