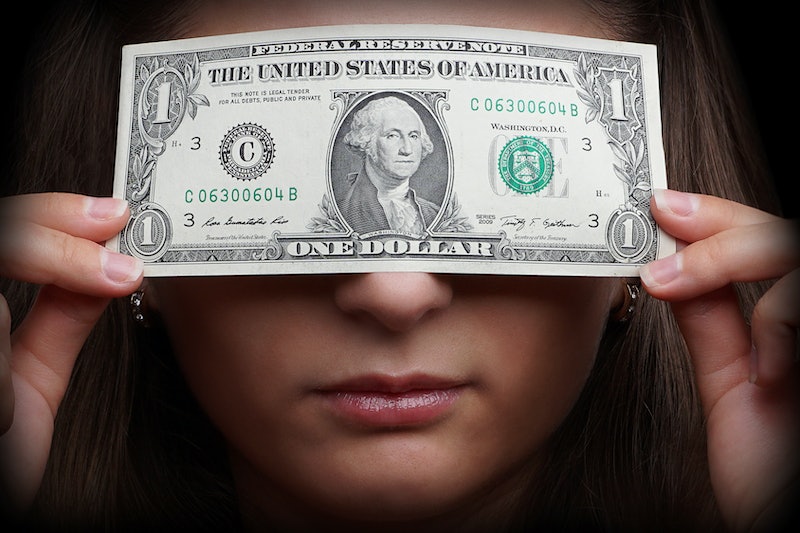 It's hard for us millennials not to feel like financial victims of circumstances, between the financial crisis, the student loan crisis, and the recession in general (technically it's been over for a while, but tell that to the graduates who had to move back in with mom and dad). Thanks to HowMuch.net, a cost information website, you can see how you compare financially to other millennials — and more than half of millennials have less than $1,000 in savings, according to the site's recent poll. This means they're just one car repair, unexpected move, or health insurance deductible away from the brink. Fun!

Millennials with higher incomes have tended to save more (duh), with men having saved somewhat more than women. But we can't tell from this particular data whether that outcome is the result of a pay gap, because we don't know whether the men and women surveyed were receiving different wages for similar positions, or whether they had simply made different career path choices.

To look a little on the bright side, since this study included respondents from 18 years old and up, it may have made savings look worse — many of those millennials are still in college and focusing on education, not on working, for the time being. On the other hand, the survey didn't take debt into account, so many of the "savers" actually probably have a significantly negative net worth, and will for quite some time to come.

As Cosmopolitan notes, other evidence suggests that millennials may have actually begun saving more money than most people in other age groups (as per data from the Consumer Federation of America). But it also matters just how that money is getting saved. Boomers who benefited from 401k retirement accounts and employer-matched contributions are in the minority, with 401ks now considered largely a failure and ill-suited to the new gig economy anyways.

Interest on regular old savings accounts may not even keep pace with inflation, but the magic of savings is largely in its ability to grow through the miracles of compound interest over your lifetime. And you can't totally count on Social Security payments down the line, either. All the more reason for millennials to start saving more and storing or investing their money wisely.