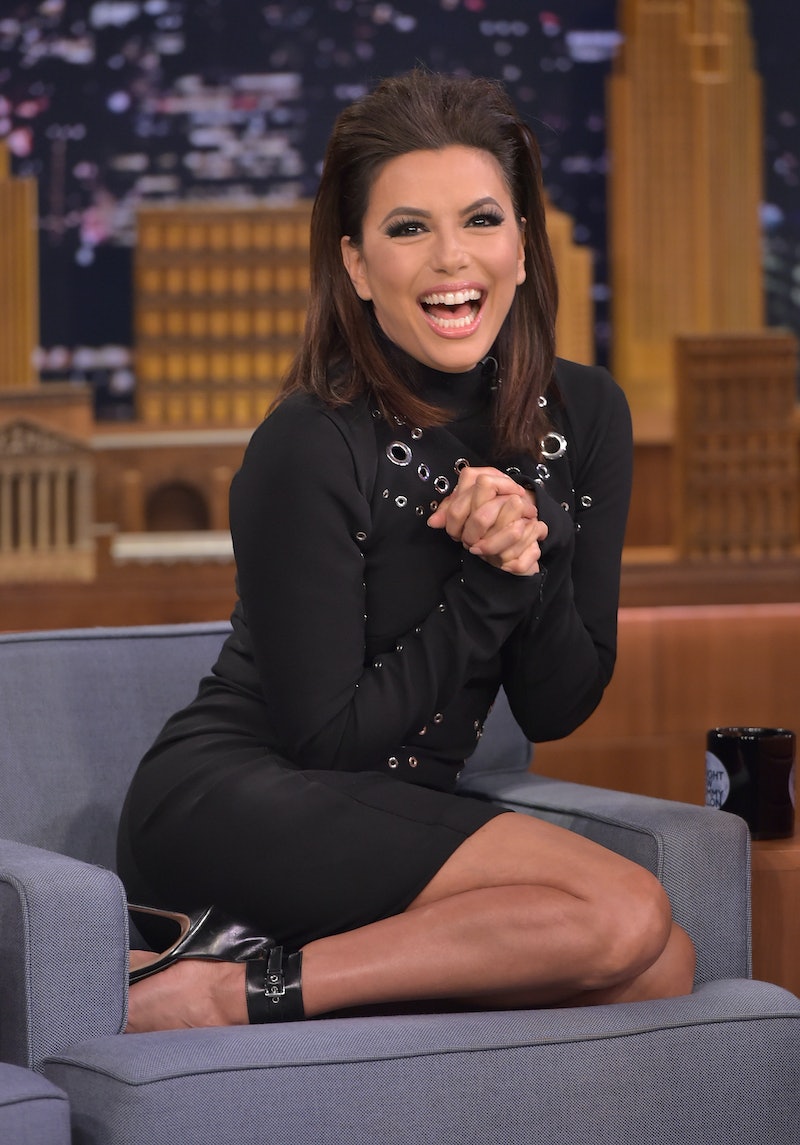 In an Instagram post heard round the world, actress and producer Eva Longoria revealed she's engaged. On Sunday morning, the star posted a gorgeous picture from Dubai with the caption, "Ummmm so this happened....", hashtagging the photo with #Engaged #Dubai #Happiness. Such great news!

According to Us Weekly, Longoria, 40, has been dating her now-fiance Jose Antonio Baston, 46, who is president of Latin America’s largest media company, Televisa, since 2013. As the hashtag on the photo implies, the two are currently traveling in Dubai to promote the Global Gift Foundation, an organization that, according to its website, "aims to create a positive impact on the lives of children, women and families who are in need." As for how the duo came to be engaged, it's a sweet story. While it is unclear how the couple met, the two first appeared together publicly at a Mexico City museum opening in November of 2013, and have made many a public appearance since. In July, the two were spotting kissing on a yacht in Capri and in September, they attended the US Open together, rocking nearly-identical aviators.

In April of last year, Longoria sat down with Ellen DeGeneres to reveal that she was “very happy” with their relationship, deeming the television exec a "good dresser" and playfully complaining, “I always have to step it up. It’s exhausting.”

Earlier this year, Longoria told longtime BFF Mario Lopez on the eve of her 40th birthday, "I love aging because of the wisdom you gain. I wish I had this mind with my 20-year-old body." Lopez went on to joke, "I hear you're pregnant and you're getting married on Valentine's Day," rumors Longoria was quick to shoot down.

At the time, she also denied being engaged, saying, "This ring I keep putting it on this finger. I always wear it here and I keep moving it. I think it's my fault. I'm misleading people."

But now she's changed her tune, and it's nice to hear the happy news. The engagement marks just one more milestone in a great year for Longoria, who, in addition to starring in NBC's Telenova, has two projects, Low Riders and Refugio, set to debut in the near future. Congrats to the newly-engaged couple!