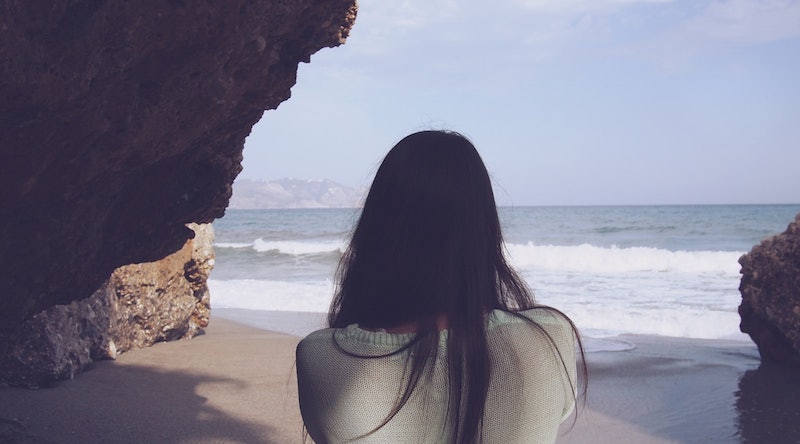 Carrying around a grudge, on behalf of yourself or another person, may not just be making you angry and bitter: it may also be physically impacting your health. We often think of the mind and body as thoroughly separate entities, but it turns out that our psychological states, particularly something as toxic as unresolved arguments or tension, have serious ripple effects on our bodily states, on everything from blood pressure to how we exercise. So how do we forgive, and what does forgiveness mean for our health?

It's not easy — I know that I'm not a natural forgiver. Give me enough reason and I will carry around resentment like I'm lugging a pack on my back. But the psychological process of forgiveness means releasing resentment, agreeing with yourself to let it go permanently, recognizing the hurt it did to you, and freeing yourself of corrosive feelings about it. Just because you forgive somebody, incidentally, doesn't mean you have to even tell them, or go on as you did before they hurt you. Forgiveness doesn't mean "hey, it never happened". And if done properly, it turns out it's seriously good for us.

So here are six excellent reasons to look through all your old resentments and do your best to forgive, full-hearted and properly. Hey, it's the holidays.

1. It Can Make Exercise Easier

Weirdly enough, the physical effects of an unresolved resentment may include physically weighing us down. According to Medical Daily, two separate experiments involving undergrads found that, if you ask people to consciously forgive something that happened to them, they find doing exercise afterwards easier than if they dwelled on it without resolving it.

One set of subjects were asked to climb a hill after writing about past hurtful incidents they either forgave or didn't, and the other asked them to do a series of fitness tests after a similar sort of writing task. Both tests found that, if asked to write about an incident of forgiveness and relive the feeling, participants jumped higher and found the hill less steep. So maybe think about forgiveness just before your next marathon.

2. It Lowers Your Cortisol Levels

Being angry and resentful is, ultimately, extremely stressful. And a lot of the health benefits of forgiveness are tied up in stemming or reducing the effects of this stress on our system, resolving the cause so it stops being so corrosive. A study from the University of California, Berkeley measured levels of cortisol, a stress hormone responsible for wreaking bodily havoc (and prompting us to retain more fat), in the saliva of people who were either forgiving or unforgiving towards their partners.

The study found that cortisol levels were far more likely to jump in unforgiving partners; so not siting down and resolving problems with your spouse might actually be doing serious damage to your health as well as your relationship.

3. It Helps Your Immune System

A 2011 study found that forgiveness may actually be a good booster for human immune function: even once the researchers had controlled for a bunch of other factors, subjects (all of whom were immuno-compromised and living with HIV) showed a higher percentage of CD4 cells, a kind of white blood cell essential for immune system function, if they had truly forgiven somebody who had hurt them in the past.

The scientists thought this correlation might be to do with the negative effects of chronic anger and anxiety that carrying a grudge might involve. Releasing those, with their intense stress on the body's natural functions, seems to help the immune system and give us more protection against disease and infection.

4. It Can Help Ease Chronic Pain

A Duke University study compared the pain levels of people with chronic pain when divided into two groups: one just took their medication, while the other took part in a Buddhist course on loving, forgiveness, and kindness. After eight weeks, the results came in, and the people on medication felt their levels of pain unchanged. But the people who'd taken part in the active forgiveness course reported significantly lower levels of pain and anxiety.

It's part of a general relationship that scientists have observed between negative emotions (resentment, anger, anxiety, stress) and higher levels of pain in those suffering from chronic pain conditions. Basically, positive thinking won't help you be cured, but forgiving hurt might make the perception of your pain slightly better.

5. It's Associated With Lower Levels Of Cholesterol

Scientists think it's likely because of our old friend, the relationship between resentment and stress: in Forgiveness And Health, a review of the science, the authors point out that cholesterol health in these studies seems to be tied up with perceived stress, and having a person you hate counts as "perceived".

In one of the most famous studies of forgiveness and its impact on the body, a 2003 study (called "A change of heart," because scientists can be comedians too) hooked up 108 college students to monitors and asked them to think about various incidents of betrayal in their lives. If they had forgiven the person in the incident, they had lower levels of blood pressure while talking about it, as well as lower heart rate, and their blood pressure was quicker to go back to normal levels after a stressful event.

So if you're feeling particularly resentful of someone, take a deep breath and see if you can work towards forgiveness. Your body, it turns out, will thank you.