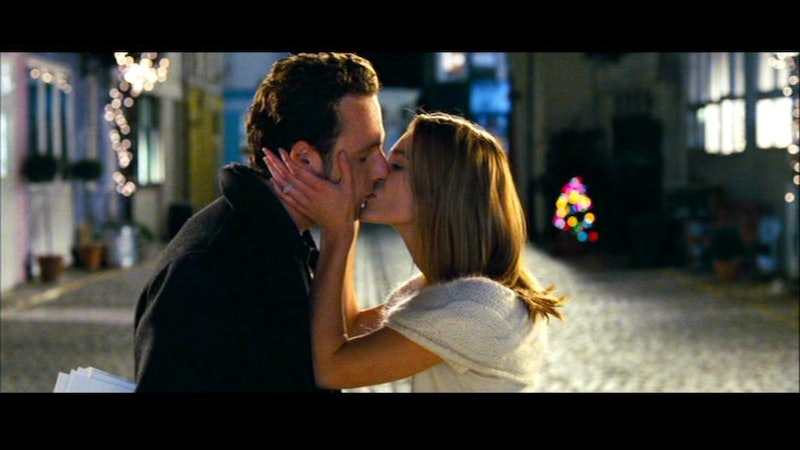 It's been 12 years since Love Actually premiered in theaters and somehow I haven't decided yet whether it's a movie I love or loathe. It all comes down to that scene with the notecards and the carol singers, and one question in particular: why did Juliet kiss Mark in Love Actually ? I know a lot of people may be stuck on whether Mark, played by Andrew Lincoln, was a big-time creeper or a sweetly-pure admirer for fixating on Keira Knightley's character Juliet, even though she was married to Mark's literal best friend, Peter, played by Chiwetel Ejiofor. I, however, don't have that problem.

As you can probably tell by my phrasing, I've made my decisions about the character of Mark, and they don't go in his favor. I don't care how adorable the whole notecard gesture seems, you can't deny that Mark is giving off red flags like it's his job. Not only is the guy lying to himself, but he's asking Juliet to lie to her husband about everything from him being Christmas carolers to, y'know, that whole being in love with her thing. Plus, it's a very dangerous sign that Mark was so standoffish and cold with Juliet before she found out about his obsession — yup, that's the word I'm choosing — as if he was mad at her for not choosing him. Not a good look, my dude.

But I never had those negative feelings about Juliet! I thought Knightley played her as a very sympathetic character, doing her best in the face of all this insane romantic energy from her husband's best friend. I don't think she led him on, nor was she cruel, treading that fine line that all us ladies are unnecessarily expected to walk when we aren't the ones doing anything. Except. Except when she kisses Mark, which doesn't make any sense to me. Does she do it to mess with Mark? To be nice? Because she wants to start an affair with him? I suspect it's the middle one, but it's incredibly unclear. Perhaps it's because the script is written by a man, but it just seems like a very uncharacteristic move for this woman, or any woman, to make. Particularly a happily (and newly) married one.

I think we're expected to believe that Juliet is so simple and pure of heart that she just feels affection for Mark in that moment and wants to bestow it on him, but that's not how reality works! If this is me, as a woman in the world, and the best friend of my boyfriend, husband, partner, whatever, tells me he's in love with me, I all of a sudden have to be super careful how I behave around this person, because he's expressed an interest in betraying his best friend and ruining my relationship. And people who are interested in that aren't super reliable, and you don't want to give them any reason to go running to your significant other with "proof" that you encouraged their attentions. Like, say, the claim that you kissed him on the lips. Danger danger danger, alarm bells all day!

But this is just a movie, after all, so I think at the end of the day, the reason Juliet kissed Mark is that she's either a simple person, who doesn't understand how her actions might be interpreted, or because she's a simple character, who was not written with enough depth to recognize the serious warning signs she was being presented with.