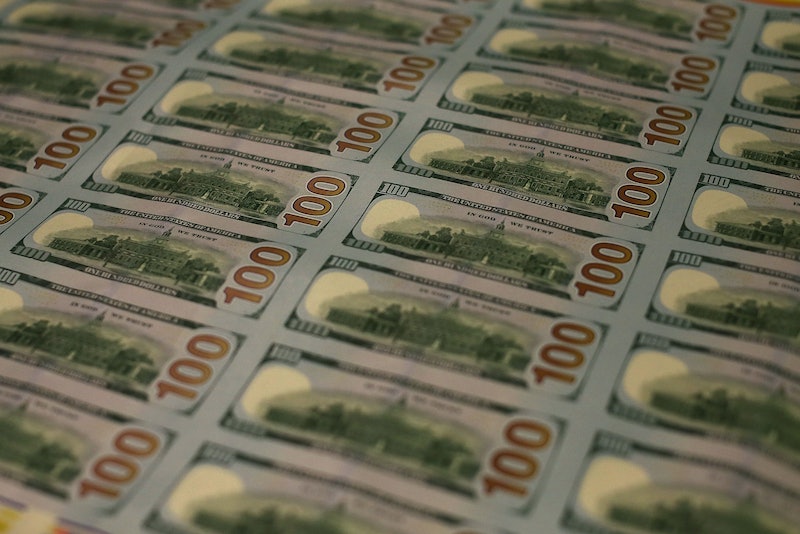 Another thing to consider in the "should I change my name?" debate: apparently taking your husband's name when you get married could cost you $6,000 a year. Women who change their names when they get married are less likely to be paid higher salaries, to the tune of up to $500 a month, and they're also seen as less intelligent and ambitious. Which kind of sucks.

Slate's Amanda Marcotte takes on this interesting part of the maiden name debate, which was framed by Daniel Luzer at Pacific Standard according to a 2010 Dutch study. Of course, there are a lot of ways to interpret this data. It could be that women who are already less likely to make more money are also more likely to change their names. After all, women who are highly educated are both more likely to earn more and more likely to delay marriage — which is the number one indicator of whether or not a woman will change her name. Or maybe changing your name mid-career creates enough confusion in your job history that it actually does cost you somehow.

But there's also another explanation: good old-fashioned sexism. According to a Dutch study, women who change their names are seen as "more caring, more dependent, less intelligent, more emotional, less competent, and less ambitious." And women who keep their names are considered "less caring, more independent, more ambitious, more intelligent, and more competent." So basically you can't win. Keeping your name is a sign that you obviously don't care about your marriage or other people — but giving up your name means you're weak and stupid. Good God, are these are choices?

It's completely ridiculous that people feel entitled to make judgements about a woman's intelligence or ambition based on nothing but a personal decision she made that has nothing to do with anyone else except maybe her husband — though in an ideal world he wouldn't care either. Why is giving up your name a sign of stupidity? Why is keeping your name a sign of ambition?

Because the fact that a woman can lose income because she conformed to a societal norm that lots of people expect you to conform to is ridiculous and sexist and unfair. Changing your name is your choice. And it would be nice if women could decide what's best for them and their family without the whole world feeling they have the right to make judgey assumptions. In other words: