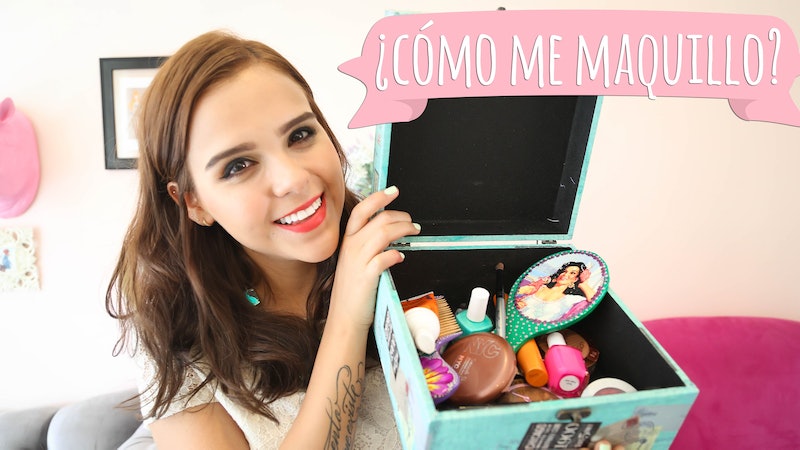 I often wonder how many beauty bloggers started blogging with the intention of becoming rich and famous. I'm sure a lot of them say that money and fame were never the goal, but I think in the back of every blogger's mind is a secret little dream of becoming Internet famous. Unfortunately, internet fame and success only hit a select few, but for those that do make it big, the wealth is pretty spectacular, considering the top beauty blogger of 2015 probably made $40,000 a month.

There is not one single way to make it to the top of the beauty blogging world, but YouTube is definitely your best bet if you are seeking fame and fortune. Unlike style blogging, where followers just want to see pictures of pretty outfits either on a blog or on Instagram, beauty blogs need to actually show you how they got the look. There is no better way to do that than through video, hence the insane success that bloggers — or should I say "vloggers?" — have had on YouTube.

With over 12 million YouTube subscribers, Yuya is the highest paid beauty blogger, according to Ad Age, who predict that she makes roughly $41,000 each month, and that's just from YouTube. With this much internet fame, she could be making money on plenty of other platforms, too.

Not only does Meyer have a paper doll book on the market (that apparently does really well, too!), but she brings in about $32,000 a month and has over 6 million subscribers.

This British vlogger has quite the loyal following. With over 9 million subscribers and a variety of content, it's no wonder that she brings in over $27,000 each month.

Rachel of Rclbeauty101 has 5.6 million subscribers and she is probably the most relatable vlogger, often making videos for lazy girl life hacks and DIY projects. She makes over $20,000 a month.

With almost 9.7 million subscribers, Bethany Mota is definitely one of the beauty bloggers with the most recognition; however, her YouTube channel only contributed around $15,000 to her monthly income in 2015, according to Ad Age. Don't start feeling too bad for her yet — you know she is definitely making bank from other projects, like her collection at Aeropostale and her appearance on Dancing With The Stars .

Michelle Phan is arguably the makeup artist who made beauty vlogging a thing (at least in my humble opinion). Before her, I had never heard of anyone creating a brand from posting tutorials on YouTube. While Phan's YouTube channel is no longer her main source of income (she makes roughly $15,000 a month from it), her other projects are making her plenty of money. Her beauty sampling subscription service Ipsy was just valued at $500 million and Forbes has calculated that she makes at least $3 million a year. So while she may not make the most money from YouTube, I think it's safe to say that Phan is doing just fine.