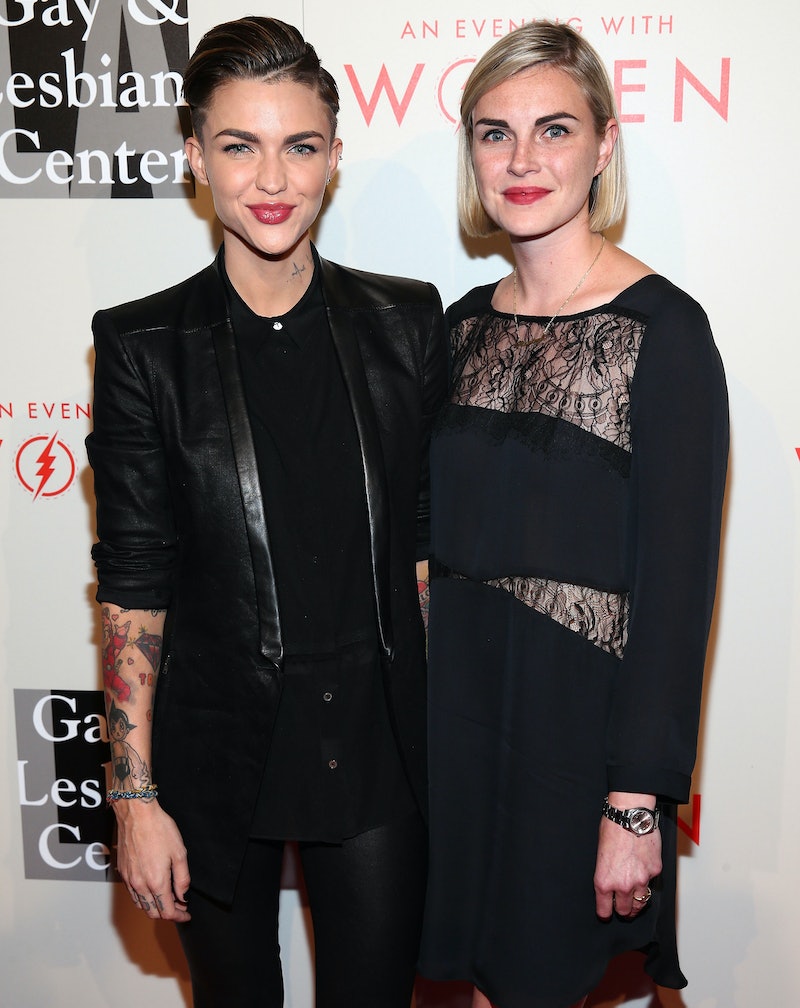 Heartbreaking news for Ruby Rose fans broke on Monday: Ruby Rose and her fiancée, Phoebe Dahl, have broken up. Rose shared the news via her Twitter account, whole Dahl released a statement. This surprising news comes just a few months after Rose told People that the two "loved being engaged" after they decided to push back their wedding to 2016. Hmmm, perhaps the fact that the couple had pushed back their wedding could have been the first sign of trouble? Naturally, this leads me to wonder: Why did Rose and Dahl break up?

It seems like the most likely reason for their split is their demanding schedules. When she made her debut as Stella Carlin on Orange Is the New Black this summer, Rose almost immediately sky rocketed to fame, and became every man and woman's ultimate crush. According to E!, a source claims that "distance put a strain on their relationship," being that both of their careers were blowing up. Dahl is a fashion designer and founder of charitable clothing line, Faircloth & Supply, and in addition to appearing on OITNB, Rose is currently filming Resident Evil: The Final Chapter. Us reports that Dahl has moved out of their Silver Lake home in Los Angeles.

Whatever the reason for their break up, it seems like the two are wholly committed to remaining friends as they have a lot of love for each other. Honestly, this is the way I wish every breakup could end up. Dahl released a statement to Us saying,

After two wonderful years together, Ruby and I have decided to part ways... While we still love each other and support each other in every way, it is our mutual decision to part ways. Our break is not the result of any media speculation, and we want nothing but the best for each other. Thank you for respecting our privacy in this very difficult time.

Ugh, why?! I think the news is even more difficult to swallow when you hear that they are both highly respectful and supportive of each other.

Dahl sent a tweet to Rose that was equally heartbreaking, even talking about their future together, possibly as friends or lovers again:

Well, at least we know that they are both dealing with this in a positive way and moving forward, with no love lost. If there is a prime example of how to be amicable during a breakup, this is it. I wish them each nothing but the best in the future.