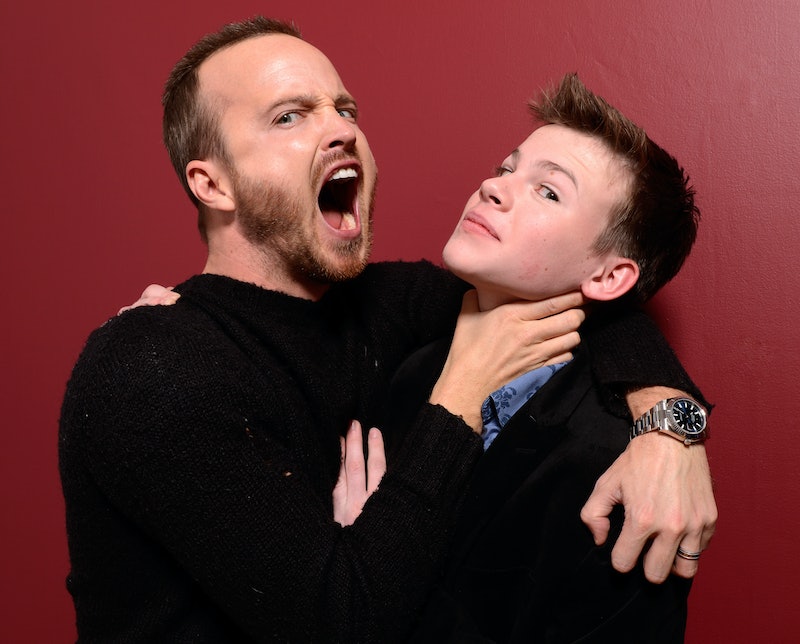 Aaron Paul may have still relatively recently wrapped up the role that made him one of the most respected actors in the business, but don't expect him to be headlining blockbusters from here to eternity. "But I wanna see Aaron Paul in everything all the time!" you cry. And, well, same. But if you want that you might need to look to the smaller-budget end of the spectrum, because Aaron Paul's telling all the folks at Sundance right now that his heart lies with Indies.

My heart truly lies with independent filmmaking. Jumping on to a big blockbuster like Exodus, yes we are all making the movie together and it is very exciting and Ridley Scott is a badass and the script was brilliant, but it doesn’t have that intimate feel for me that independent filmmaking has.

It's a refreshing take for an actor who's probably made loads of bank through his five seasons on Breaking Bad and who could stand to make even more by just signing on for big budget action flick after big budget thriller ad nauseum for the rest of his career.

And sure, he's got Disney's racing flick Need For Speed lined up for release pretty soon, but he's also got indie flick Hellion, written and directed by Kat Chandler and premiering at Sundance this week. And I think we can all trust the guy who played Jesse Pinkman and won't stop talking about how much he loves his wife to follow his heart to whatever indies it may desire.