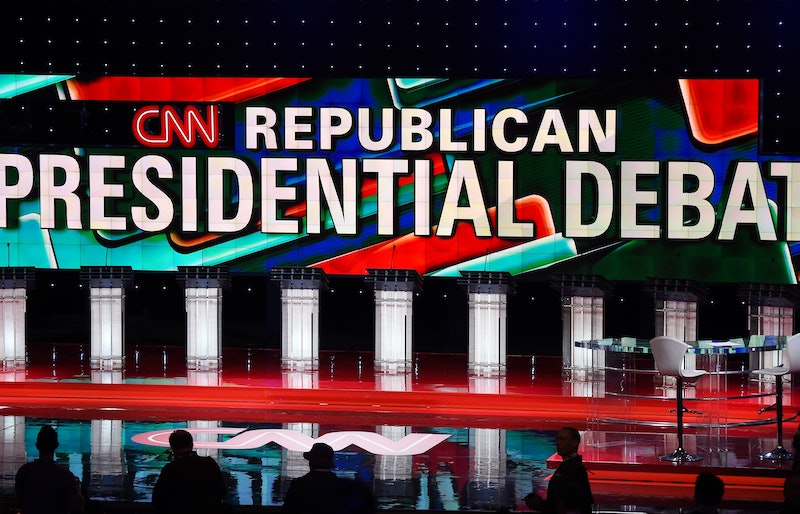 On Tuesday evening, people from various different political stripes and persuasions tuned in to CNN's Republican presidential debate coverage, with two different events pending — the undercard debate earlier in the evening, and the primetime Republican debate starting at around 9:00 p.m. ET. But in the run-up to the pair of showdowns, the channel's choice of debate preview panelists generated some not-so-favorable attention: CNN's all-male debate preview panel drew some criticism on social media.

It's refreshing that there are big public forums like Twitter nowadays, where people can highlight and critique these sorts of programming decisions. There was a time in American media — for decades upon decades, really — when the sight of nothing but men helming a prestigious broadcast wouldn't have stuck out, and certainly wouldn't have been the subject of much attention or criticism.

But nowadays, thanks in large part to the communicative powers of social media, everyday people who're tuning into high-profile events can voice their displeasure if they feel a certain perspective is being overlooked. That's not to say that there's anything necessarily wrong with people like Anderson Cooper and Paul Begala, but it's long past due for news networks to do better — in 2015, people are going to ask "hey, where the hell are the women?" And let's be honest: CNN should have learned this lesson by now.

Fortunately, it seems as though CNN thought better of things the next time around — when the pre-debate coverage piped in again after the conclusion of the undercard debate, the makeup looked a fair bit different, with three women against three men.