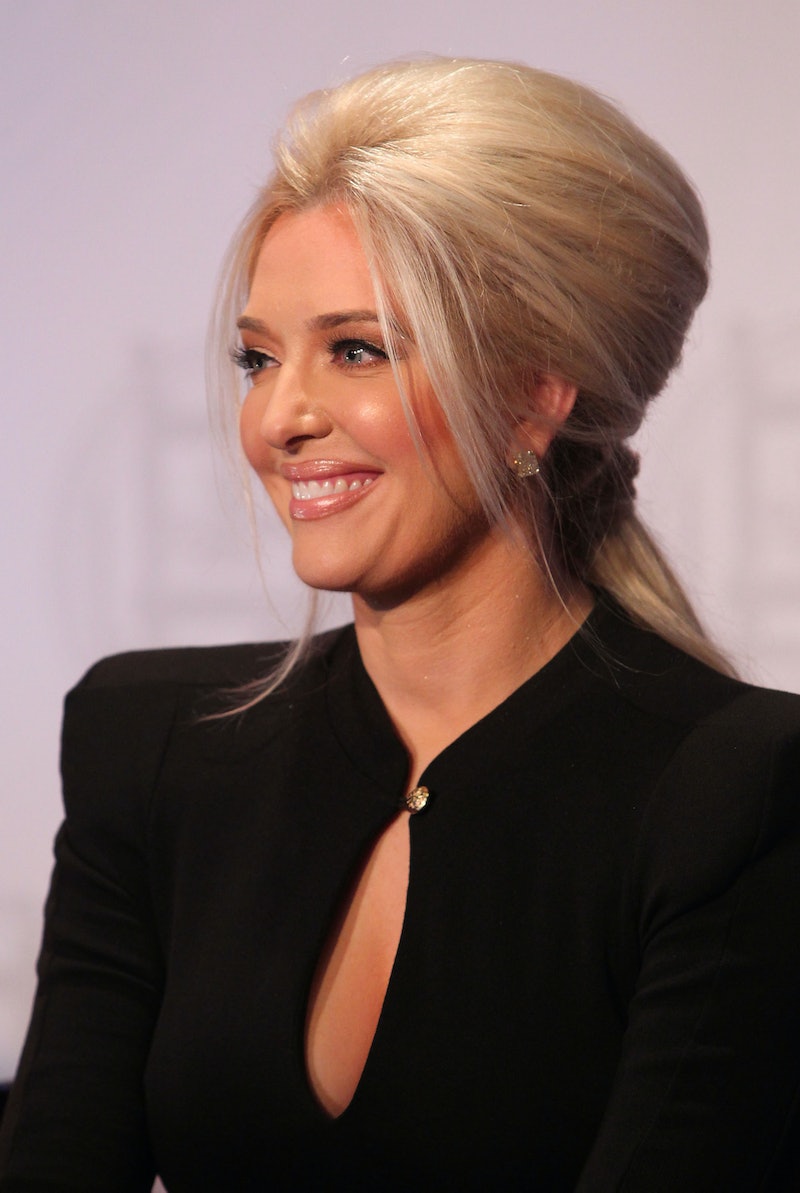 There's a new girl in town, and she's already making heads turn on Real Housewives of Beverly Hills. On Tuesday's episode of RHOBH , new Housewife Erika "Jayne" Girardi was introduced to fans and she's proving to be a breathe of fresh on the show with her "over the top fabulous" alter-ego, pop star Erika Jayne. We first met Erika when she went with Yolanda Foster (her friend and fellow Housewife) for a Vitamin C shot early in the episode. While we didn't get to see her interact with any of the other Housewives in this episode, her day-to-day life already promises that she's going to be a great addition to the cast.

In her package on the newest episode, viewers met Erika and her husband, lawyer Thomas Girardi. Girardi is well-known for his participation in the trial spotlighted in Erin Brockovich. The 76-year-old trial lawyer and the 44-year-old pop dancer, while leading different lives, seem to be very much in love, so haters take a back seat.

Viewers also saw Erika in her natural habitat—as a pop star. In her own words, she is Erika Girardi during the day, but Erika Jayne at night. According to her, the "alter-ego" Erika Jayne is all "class and ass" (basically, something I'd like to be printed on my headstone). If you weren't familiar with the pop star before RHOBH, I guarantee you'll end the season a fan. Erika has had eight number one songs in the Billboard club/dance category — like "One Hot Pleasure" and "Party People (Ignite the World)," so get that iTunes account ready for some new downloads.

What was awesome about Erika's introduction to the show is that it showed that she's much more than just a Housewife. While that is part of her life, she's got this badass rockstar side to her that knows how to create number one songs and make a name for herself, without her husband's help.

Erika is a welcomed change to the cast of women that we've grown used to. While I'll never say a bad thing about the women we've grown to love, I'm going to be blasting "PAINKILLR" on repeat, celebrating Erika's arrival. Not only does Erika have her friend Yolanda's back at a time when she needs it the most, but she's also not afraid to be herself and show how fabulous that can be.