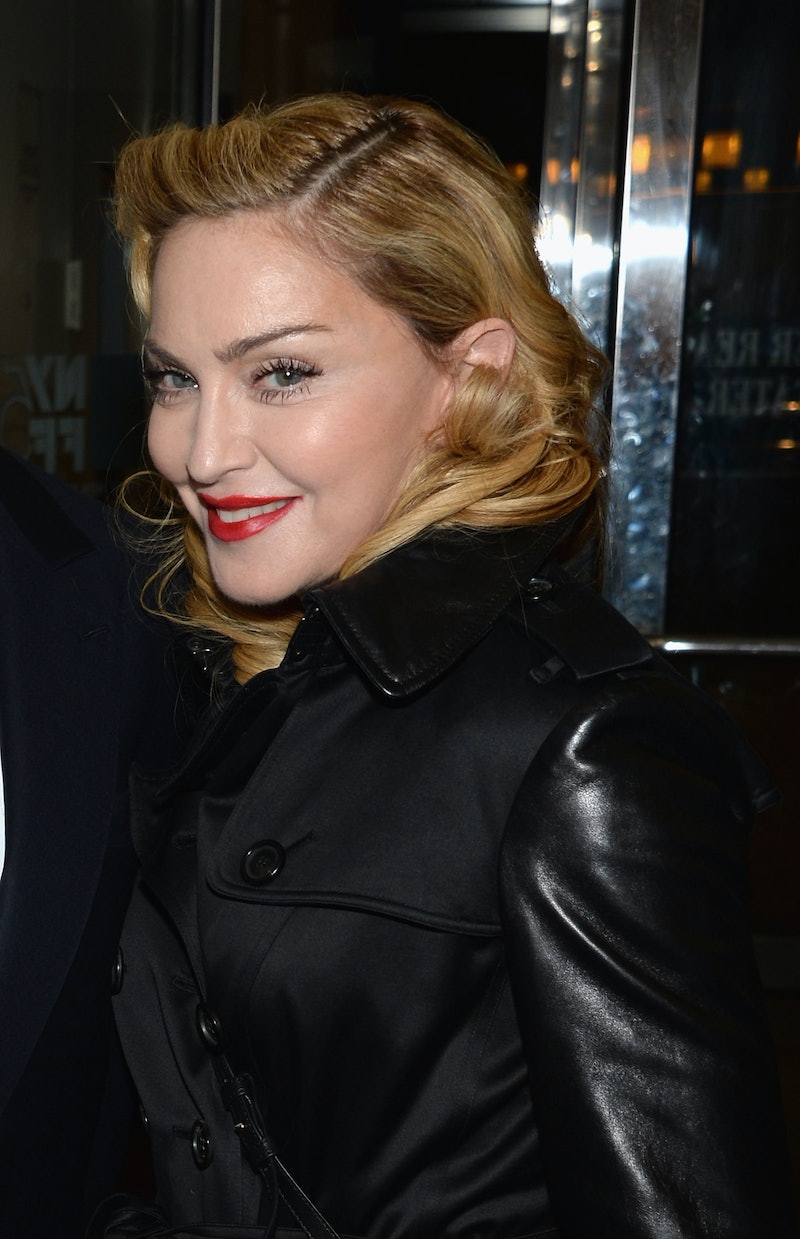 Hey, remember when Madonna kinda-sorta-allegedly "stole" that baby from Malawi? No reason, just seemed relevant. Especially since Madonna just apologized for using the N-word —wait, back up...Madonna used the N-word?

(It should be noted at this point that, yes, I am referring to it as the N-word, but that I do indeed believe in the truth behind this bit by Louis CK.)

So yeah, Madonna used the N-word. In relation to her son, who is white. She instagramed a photo of her son, Rocco Ritchie, doing some boxing. It included the caption "No one messes with Dirty Soap! Mama said knock you out!" along with the hashtag "#disnigga." Here is Madonna's apology after the Internet immediately swooped in with choruses of "dude, that's fucked up":

I am sorry if I offended anyone with my use of the N-word on Instagram. It was not meant as a racial slur...I am not a racist.

There's no way to defend the use of the word. It was all about intention...It was used as a term of endearment toward my son who is white. I appreciate that it's a provocative word and I apologize if it gave people the wrong impression. Forgive me.

So, uh, can we all agree that white people using "nigga" as if it's some sort of catch-all phrase to use when you want to be hip is kind of messed up? Honestly, to be safe just don't use it, unless you happen to be a part of the culture of people who can actually use the argument that they're reclaiming the word as their own after centuries of bullshit. Also, remember when Gwenyth Paltrow, also a super-blonde super-white person, also threw that word around?

And is it just me or does Madonna's apology seem kind of like a big pile of bullshit all its own? Like "my son is a wealthy white dude, so calling him a nigga is totally cool guys, I was using it AS A COMPLIMENT! You know, because black people are so tough!"

This is made even more disingenous by the caption she added on the updated instagram picture, which includes the hashtag "#get off my dick haters!" [Sic]

So here is a very small open letter to Madonna, from me, a pop culture blogger with a white momma and a black daddy:

Dear Madonna,Please stop. You are a wealthy white woman, with wealthy white children. I do not think that word means what you think it means. Love, Alanna(P.S. This is just gonna remind everybody of that time you magically developed a British accent and/or that time you "stole" a black baby.)

This seems an appropriate time to plug the movie Dear White People , premiering at Sundance this week.