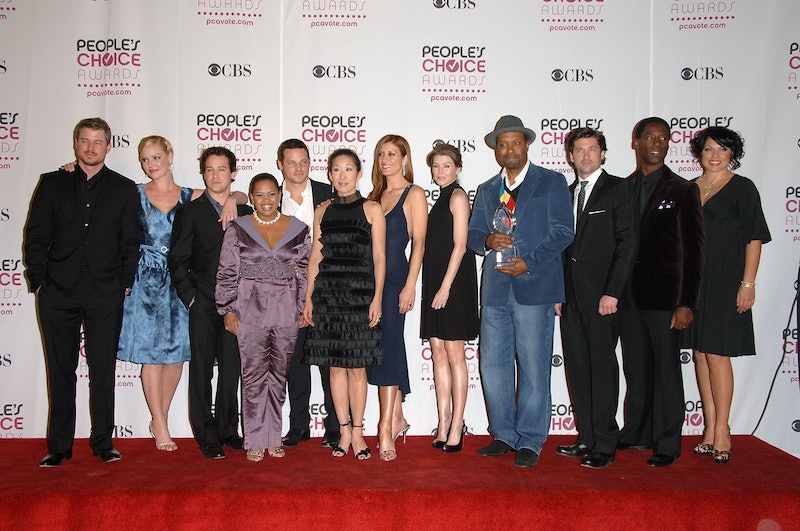 It seems that the likelihood of hospital dramas being renewed long term is a television constant, as Grey's Anatomy is now set to be our generation's ER. ABC's president Paul Lee sang the praises of Grey's Anatomy and its writer, Shonda Rhimes saying, "I think it's going to stay on the network for many years to come." However, having just zoomed dramatically through a tenth season, one has to wonder if the eternal renewal of this show will really be as successful as Lee seems to think. After all, the logical side of us dictates that despite the almost endless amount of calamities that can befall the average person on any given day, there are only so many more we can watch played out in between steamy closet makeout seshes and proposals and breakups and McDreamy problems. I swear, if I've seen one cardiac arrest I've seen a thousand, can I get an "Amen"?

However, groaning about medical conditions aside, the reasons for renewing Grey's Anatomy seem shoddy at best. Ratings have gone down significantly since the show's first few seasons, and although Ellen Pompeo and Patrick Dempsey appear to be on board for another season, I highly doubt either of them will stick around getting grey hair (TERRIBLE PUN FULLY INTENDED) on the same program for another ten seasons. The departure of Sandra Oh this season is the first departure of what will surely become a slew, and goddamn it, Sandra Oh was the backbone of Grey's and I'm not sure how we'll go on without her.

I have a sneaking feeling that the ongoingness of Grey's might be heavily tied up with the star power of its executive producer, Shonda Rhimes, as Lee's pandering praises suggest. After all, she is the driving force behind Scandal's unmitigated success and from a channel president's view, it makes sense to hold onto a talent like that for as long as you possibly can. I just doubt that doing so will hold onto the viewers in the same way, be that overly skeptical or not. If, ten seasons down the line, Grey's Anatomy is chugging along telling the stories of how hard it is to be middle aged in the ER, I pinky promise I'll recant every negative thing I've said. But until then, keeping petting Shonda Rhimes' ego, Paul Lee, milk every last overwrought episode out of Grey's, because once it's gone, well, you'll have to go searching for your next hospital drama and god knows that's probably exhausting.