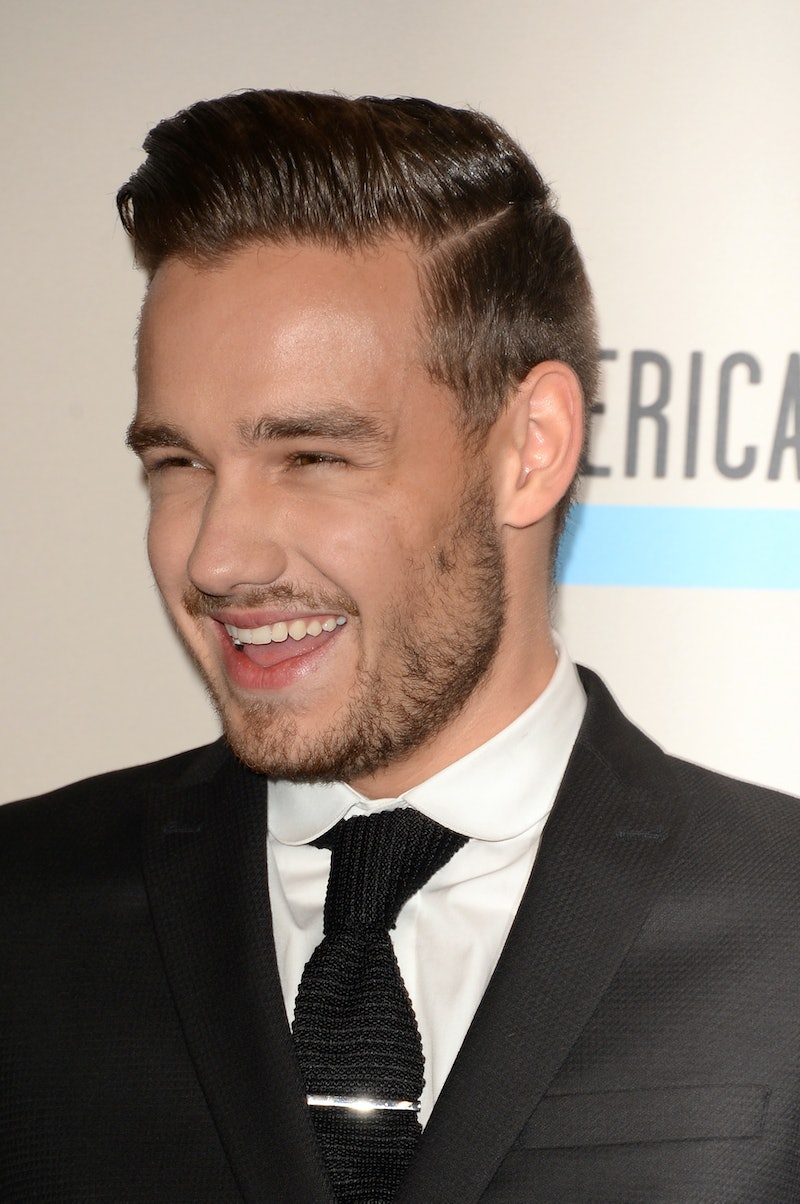 The last thirty six hours have been a real emotional roller coaster ride for me. Even now, as I sit, shriveled and pale and greasy in front of my computer screen, typing away feebly as I suck down my umpteenth Red Bull of the day, I feel my heart slamming back and forth in my chest. Each individual beat painfully whispers, "Liam, Liam, Liam, Liam." You see, a series of terribly horrible, unspeakably awful things have happened within a very short period of time, resulting in the fragile web of my small and tenuous world collapsing all around me. I have been spotted, seen for what I truly am, and in the harsh morning light of Liam Payne's disapproval of my ways, well, I feel blind, weak, one-directionless if you will. Was it really only yesterday that the singular focus of my sad existence, Liam Payne, tweeted his questionable support of Duck Dynasty 's Phil Robertson?

Was it really only earlier this very day that he launched his attack on my kind; we short-sighted, eternally-sweatpant-wearing folk, the lowly journalists? With every tweet, every vicious word, I felt shot through with remorse, panic, an overwhelming need to vomit. After all, Liam was absolutely right. I am a journalist, and the only thing I live for is to make his life unbearably difficult and to cover entirely unimportant news bites. How could he have known? What cruel conspiracy of fate had transpired in order to remove all meaning from my life, to have my very livelihood paraded in front of legions of fuming 1D fans? My entire world, and that of my co-workers, the closest thing I have to friends, has been unravelled. All there is in the aftermath is a huge and terrifying world full of people who can now see me for what I am, barely anything more than a single-celled organism whose only purpose is to hone in on and distort the words of Liam Payne instead of reporting on anything useful or important.

I mean, now that it's all out in the open, I feel I should come clean. As a journalist, and an entertainment journalist at that, I have a strict regime that I adhere to in order to continue bringing the Payne, so to speak. I don't sleep, I only eat processed food that comes in ready-to-microwave servings, and I never, ever do any real research. I sit, hunched and pimply in front of my computer, eyes aglaze, simply waiting for Liam Payne to do something newsworthy that I can quote out of context and gravely distort, it's been my life now for a long time, and at this point it's really all I know. I used to have a boyfriend once, his name was...well, it doesn't matter now. He had to go, he was distracting me from my mission of lazy journalism revolving entirely around the day to day goings ons of Liam Payne, and he was always on about this ridiculous "freedom of speech" business, which, as an obsessive journalist and Liam Payne addict, I simply could not abide. I absolutely hate covering things that happen in the world, and I hate freedom of speech even more, both of which are actually in the job description for being a journalist of any sort.

I live to make a mockery of Liam Payne's existence, hell, without him I'd be a quivering mess in the corner of my parent's basement, unable to go on living without my one true calling, since as I said, I have no friends, no romantic life to speak of and absolutely no outside hobbies. So you can understand how deeply his tweets would have affected me, you can see what a massive quandary I'm in now. Just look, as I must force myself to do, no matter how painful it is, no matter how exposed and naked I feel.

So now you have to judge me? Liam, writing about you and honing in on your mess ups is all I have! Without that I am nothing! Don't take this away from me.

Play into my hands baby, don't call me stupid, it breaks my heart to know I've made you angry. You know I love you, you know you're my everything, please, don't be like this, I can't stand to see you mad at me. But...at the same time, I feel a jolt of excitement, finally, fodder for my twisted pieces! Am I aroused right now? Dear god, the rush is overwhelming!

I think we both know I can't write about things that actually matter, don't we Liam? That's not my job darling, my only job is to grossly misconstrue the fascinating and all consuming world you live in, to make a fool out of my one true love, Liam Payne.

Research? What is research? I fondly remember one of my only human interactions I've had in the last three years (journalists don't get out much), it was my first day on the job as a writer and my boss told me, "Dale, now listen up. As a journalist, you are never to fact check, and definitely do not credit sources or check to make sure a news item is confirmed before covering it. Just write anything, throw it on the CMS, grab some photos from some other site without legal permission and voila! that's journalism for you." God, that was a great day, and good advice too. I'll be sure to pass it on to the next generation of journalists when I'm an editor one day.

But, but, but....I don't even have balls. And what would I do with myself if I didn't spend every waking moment conspiring against Liam? It's been so long since I did anything worthwhile that I can't even remember what other people do to fill the time between being born and dying. Writing about Liam is my only calling, I need it like I need air or a constant supply of Power bars and Cheetos. So that's where I'm at. Liam Payne has me pinned, and he did it in a matter of a few, grammatically disturbing tweets. I have no reason to go on. I am a journalist, and now Liam Payne knows my game, he has seen my strategy. The jig is up, and I have no idea what tomorrow will bring, or how to proceed without the only thing I know how to do. Farewell all of you, and if you don't see my (entirely Liam Payne-centric) articles tomorrow, well, it'll be because I've fled from the horrors of reality, and sought out employ under a new name, perhaps in a new place, but with the same goal in mind, the only goal I've ever had as a writer, to destroy Liam Payne's public image and spread vapid articles everywhere I possibly can.