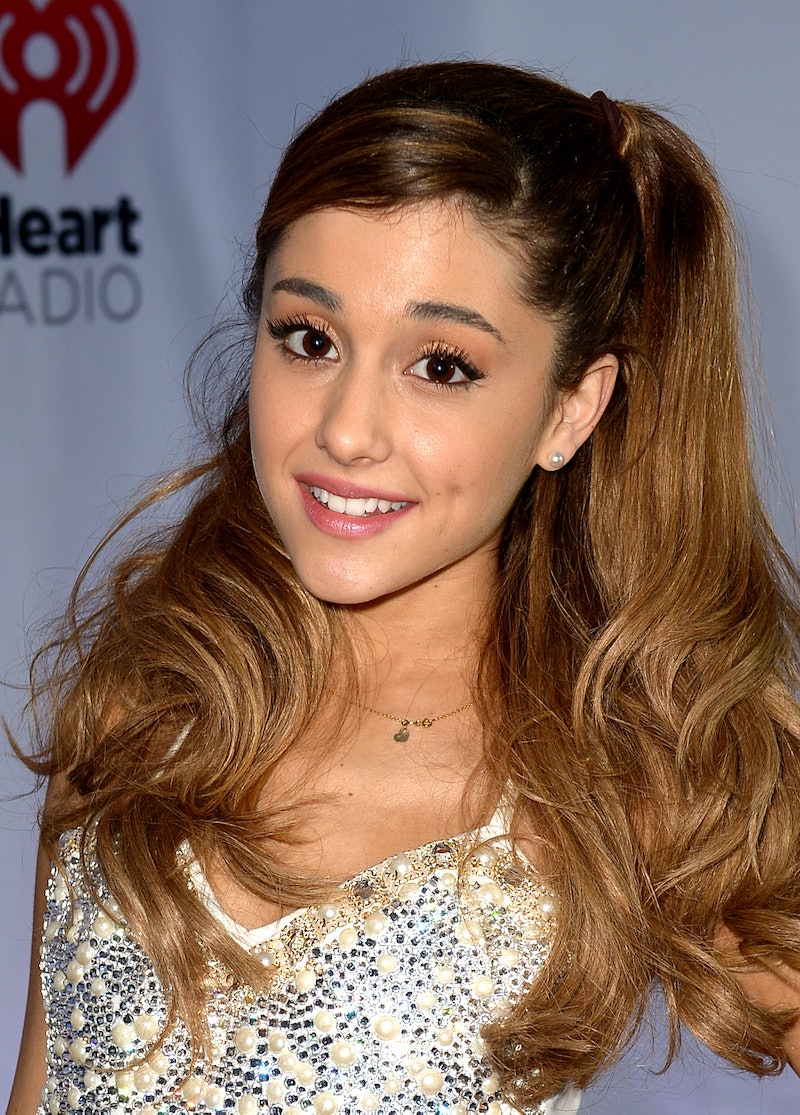 After much time reflecting on Ariana Grande’s style, I’ve often wondered a) how a girl can wear skater dresses to almost every concert or award show and still look good every time, and b) why she never lets her hair loose. As it turns out, many of her fans have also contemplated the fact that the Sam & Cat star frequently wears her hair up in a ponytail, and apparently they have been annoying enough about it that Grande herself has addressed the conversation over her hair. The actress and singer sent out a message on Instagram to let her fans in on a little secret: most of Grande's hair is actually fake.

Grande explained that after having to dye her hair red “every other week for the first 4 years of playing Cat,” she is now uncomfortable with what she described as her destroyed hair. As someone who has highlighted and dyed her hair for about four to five years, I can say amen to that sister. Preach. The 20-year-old also admitted that she tried wigs, a weave and has now settled for extensions, which she wears in a ponytail because her hair “looks absolutely ratchet and absurd” when it’s down.

She continued by saying that while she is growing out her natural hair, she would like all her fans to cut her some slack because “IT’S JUST HAIR AFTER ALL.” True that. In the slightly modified words of Internet celebrity, Chris Crocker: Leave Ariana Alone!

More like this
What Is Ariana Grande's Net Worth? When It Comes To Money, She Has No “Problem”
By Hugh McIntyre
The Secret To Taylor Swift’s Fringe, According To The Experts
By Orla Pentelow
Why Sarah Jessica Parker Wanted Fans To Stop Calling Her Hair Choice “Brave”
By Brad Witter
Alicia Silverstone Has Recreated An Iconic 'Clueless' Scene
By Frances Stewart
Get Even More From Bustle — Sign Up For The Newsletter