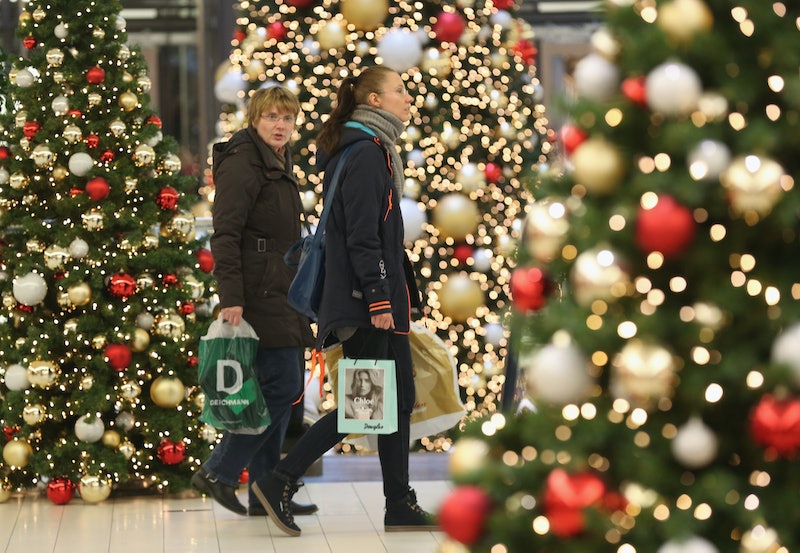 Pop quiz: Where does Christmas spirit come from? The snow? Santa's workshop? Your brain? If you picked the third choice, congratulations! You are correct. As strange as it may seem, scientists have located the "Christmas Spirit" part of your brain. Who would have ever guessed?

So how does one go about studying such a thing as Christmas spirit? With an fMRI, of course! In a study performed in Denmark, researchers from the University of Copenhagen performed brain scans on 10 participants who celebrated Christmas and 10 who did not while the participants viewed a series of images. Some of the images were Christmas-themed, while other were neutral images that had similar style to the Christmas pictures, but had nothing to do with Christmas. And what they found suggests that there is a network in the brain that is responsible for generating all the holiday joy.

Researchers saw increased activation in the sensory motor cortex, the premotor and primary motor cortex, and the parietal lobule in the scans of people who celebrate Christmas when viewing Christmas imagery, compared to their scans when viewing neutral imagery and to the scans of those who don't celebrate. This suggests to them that, "There is a 'Christmas spirit network' in the human brain comprising several cortical areas."

In other words, Christmas spirit doesn't come from the North Pole — it comes from you! Or rather, your brain! Your brain is magic!

Of course, these results aren't definitive — there were only 20 participants, after all, and as the researchers themselves point out, more research would be needed to confirm whether or not any sort of "Christmas spirit circuit" exists in the brain. And even if their results are confirmed by more testing, it's not like we'll be able to put a Christmas tree up over some diagram over the brain and label it the "Christmas region." Whatever system makes people excited about Christmas probably also makes people excited about other holidays and special events, too.

Still, it's pretty cool to know that Christmas spirit really is inside of us. So to those who celebrate, Merry Christmas! (And to those who don't, I promise the never ending stream of carols will stop playing in every store ever soon!)

More like this
25 Quotes About Love To Share During Pride Month 2022
By Madeleine Aggeler and Emma Garza
Meet The Spice Company Founder Who Sees Chai As A Metaphor
By Madhuri Sathish-Van Atta
If Your Refrigerator Is A Mess, These 25 Organizing Products Can Help
By Courtney Young
Here’s What Sarah Jessica Parker’s Canned Cosmo *Actually* Tastes Like
By Emma Garza
Get Even More From Bustle — Sign Up For The Newsletter