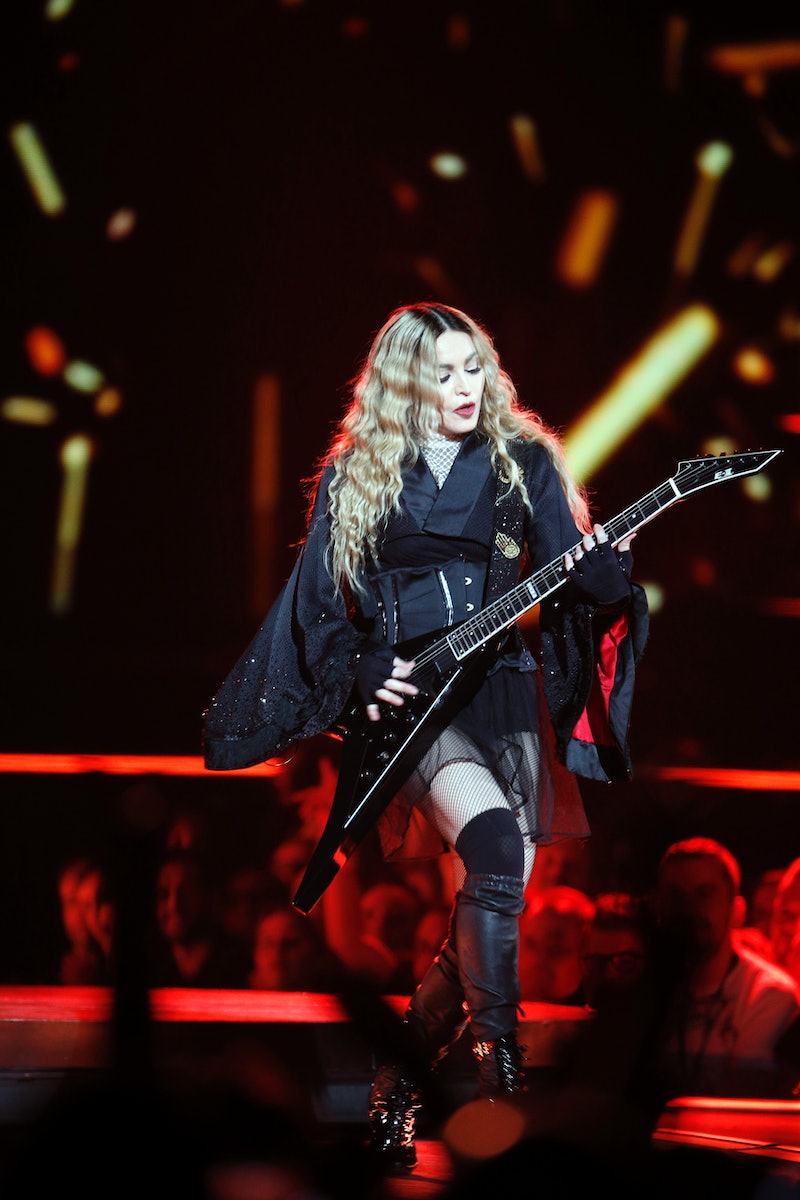 After more than two decades of near-silence, Madonna has now come out with a public statement indicating that ex-husband Sean Penn never abused her. In an affidavit, part of Penn's $10 million defamation suit against Lee Daniels, Madonna wrote, "While we certainly had more than one heated argument during our marriage, Sean has never struck me, 'tied me up,' or physically assaulted me, and any report to the contrary is completely outrageous, malicious, reckless, and false."

Back in September, Daniels gave an interview to the Hollywood Reporter in which he defended similar allegations made against Terrence Howard: "He ain't done nothing different than Marlon Brando or Sean Penn," THR reported Daniels saying of Howard. Penn retaliated with the lawsuit later that month, stating that "Daniels has falsely asserted and/or implied that Penn is guilty of ongoing, continuous violence against women" via the comparison. This has sparked a back-and-forth between the two — Daniels subsequently cited first amendment protections in a bid to have the suit dismissed. He also defended the allegation that his words defamed Penn's character, stating, "The public has long associated Penn with domestic abuse, if not outright guilty of vicious actions of violence. The public domain is saturated with tales of Penn’s alleged violent acts."

The specific charges against Terrence Howard are no longer central to the dispute; in an amended complaint, Penn includes Madonna's affidavit, in which she explicitly denies the charges levied against her ex-husband. The alleged incident she refers to occurred on December 28, 1988 — as Rolling Stone reported in a 1989 profile of the singer, tabloids circulated rumors that Penn had left her "trussed up like a turkey" after a dispute. She filed a complaint against Penn that night, withdrawing it just days later.

Penn did previously serve 33 days for assaulting a photographer in 1987, and the rumors of his allegedly violent relationship with Madonna have continued to circulate long after their marriage ended.

Madonna previously denied the charges against her ex-husband in that same Rolling Stone interview. She told writer Bill Zehme, when he asked about the veracity of rumors of her so-called "night of terror," that the stories were "extremely inaccurate, as they usually are," adding that the tabloids "made it all up. But I expect it. They're always making sh*t up."

More like this
Sandra Bullock, Girlboss Extraordinaire
By Matt Harkins & Viviana Olen
Spice Girls’ Net Worth: The Richest Member Is Wealthier Than The Rest Combined
By Hugh McIntyre
‘RHOBH’ Newcomer Sheree Zampino Is Still Close To Ex-Husband Will Smith
By Brad Witter
This New ‘Bling Empire’ Cast Member Fits Right In With All The Glitz & Glamour
By Kadin Burnett
Get Even More From Bustle — Sign Up For The Newsletter