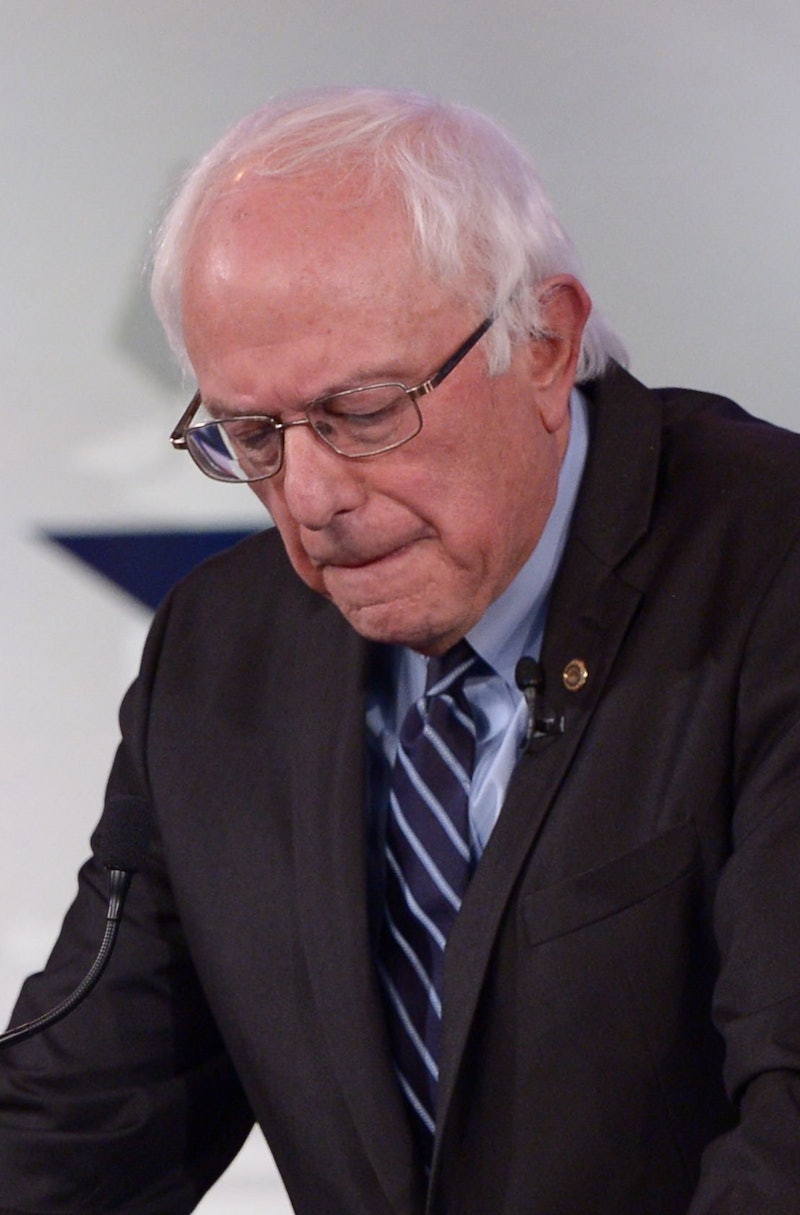 This could spell bad news for Bernie. According to the Washington Post, the Democratic National Committee has suspended Sanders' campaign from accessing its voter database after a staffer allegedly viewed Hillary Clinton's private files during a computer glitch that dropped the firewall surrounding the confidential data. Sanders' team has said the breach was on accident, but the staff member in question has since been fired, the New York Times reports.

The breach reportedly happened on Wednesday when a software patch handled by a third-party vendor temporarily allowed the different campaigns to access each other's information. According to the Times, the DNC will lock Sanders out of the database until it can confirm that all of Clinton's data was erased. As of early Friday morning, Clinton's team has yet to comment on the incident.

The DNC database is a trove of valuable information on voters across the country, such as voters' party preference and stances on important issues, and helps campaigns target their resources efficiently. Though the party committee maintains the database, each presidential campaign has its own independent collection of files. Blocking Sanders from accessing his voter data could have a huge impact on his ability to reach voters up for grabs in the primaries.

The incident happens just days before the third Democratic debate, where Sanders and Clinton, along with Martin O'Malley, will square off once more on national television. Considering Clinton knows what it's like to have a cyber scandal hang over a campaign, it'll be interesting to see what her team will make of the alleged incident.