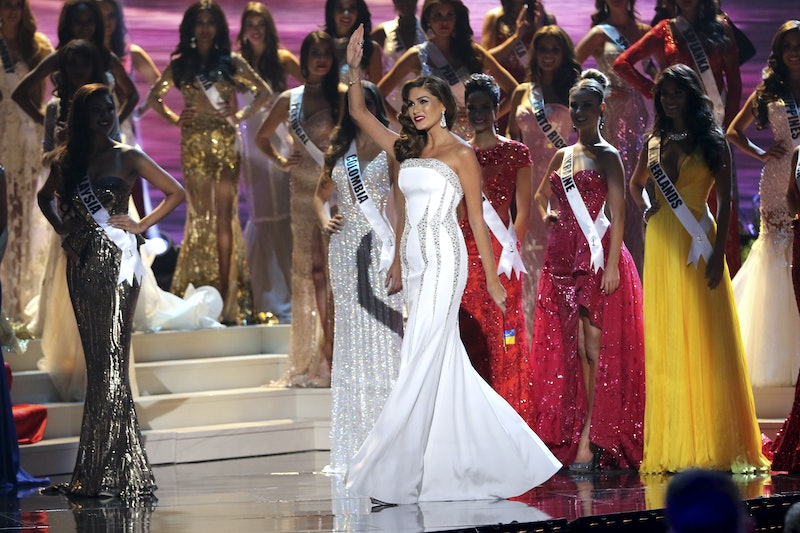 On Sunday, December 20, women from around the world will come together in Las Vegas to compete in the 2015 Miss Universe pageant. 80 women are vying for the spot to be named Miss Universe, but only one can win the title. Deciding on who that woman is that will represent the organization for the next calendar year is a group of four judges. The judges of the 2015 Miss Universe pageant are comprised of familiar faces that know a thing or two about being the face of a brand or organization. So who are the people tasked with naming the next Miss Universe?

Prior to the evening in question, the Miss Universe organization has released four names of judges for the 2015 competition. This doesn't mean these are the only judges taking on the task of naming the next Miss Universe. Last year, the organization named only a few of its judges, but revealed a much longer list the night of the show. As of now, there are only four judges announced, but that might not be the total number on Sunday's show, considering last year's competition had 10 judges.

As of now, though, we have the names of four judges. Here's who we know will be acting as decider come Sunday's show.

Smith is a former record breaking football player. He played for NFL’s Dallas Cowboys for 12 seasons, participating in three Super Bowl Championships. He won MVP for his performance in the Super Bowl in 1994. He is also known for another award, the Mirror Ball trophy. In 2006, Smith won Dancing with the Stars, beating out Mario Lopez. He also competed in Dancing with the Stars “All-Stars” season with former partner Cheryl Burke.

Nash is an actress and comedian, most recently starring in Fox’s Scream Queens as super-sleuth Denise Hemphill. She first rose to fame in Reno 911!, but continued to steal scenes in shows like Soul Man and Getting On. She won an Emmy for her reality show Clean House.

No stranger to the Miss Universe stage is Olivia Culpo. The beauty queen won the Miss USA pageant in 2012 and continued on to take the very title she’s judging, Miss Universe in 2012. She, out of any one of the judges, knows the stress and pressure of competing in the show.

Hilton’s claim to fame was first his website (named after his professional monicker, but has since grown his brand from bullying and blogging. In 2015, he starred as Danny Tanner/Bob Saget in an Off-Broadway production of Full House! The Musical. He also starred on the U.K.’s Celebrity Big Brother and hosts a celebrity-driven radio talk show called Radio Perez.

More like this
Jake Daniels Just Became The UK’s First Active Football Player To Come Out As Gay Since 1990
By Sam Ramsden
G Flip Shared How They Got Romantic With Chrishell Stause & Discussed Babies
By Brad Witter
Twitter Is Upset About The 'American Idol' Top 3 Results: "Who TF Is Voting?"
By Jake Viswanath
How 2 'American Idol' Singers Performed With COVID-19 & Made It Into The Top 5
By Jake Viswanath
Get Even More From Bustle — Sign Up For The Newsletter