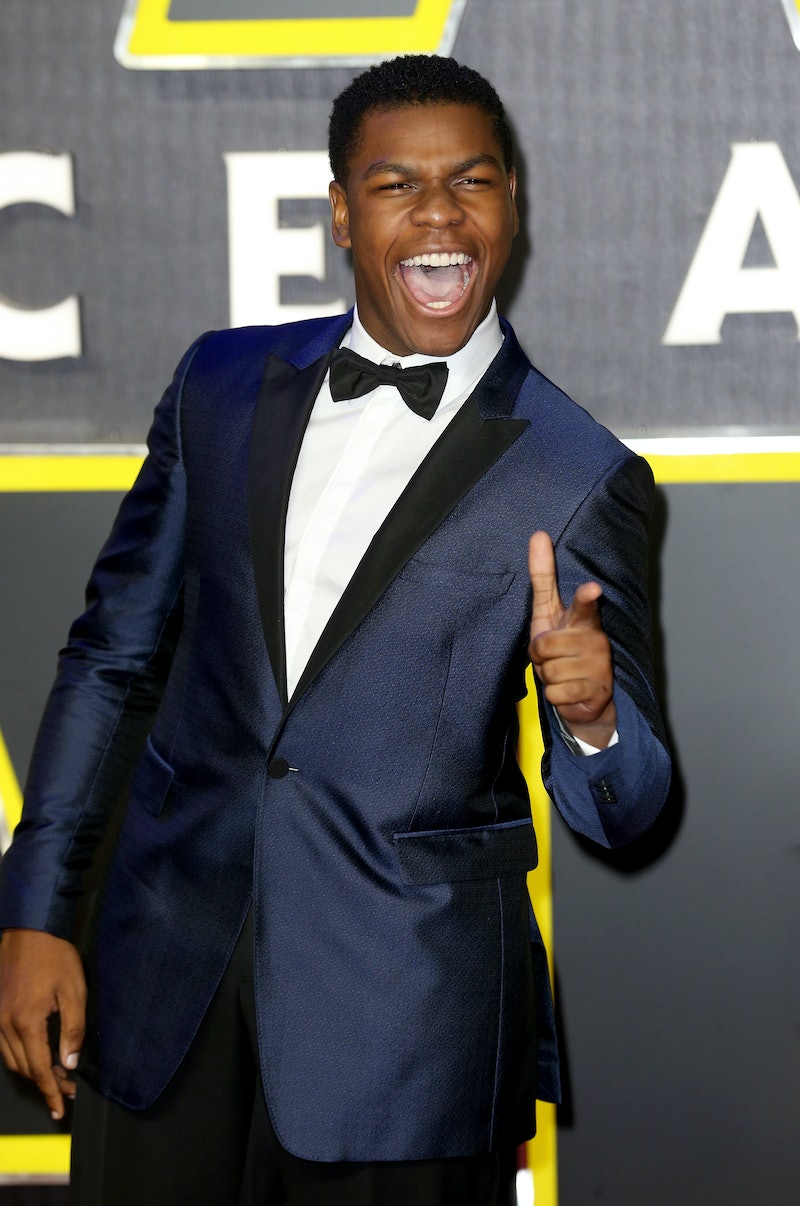 Whether you have seen Star Wars: The Force Awakens or not, John Boyega has got to be on your mind. I mean, I know he's on mine. Whether you share my celebrity fascination or not though, you have to at least be wondering if the man of the hour is attached to anyone or not, right? So, that begs the question, is John Boyega single, or is he flying (Han) solo? Well, let's take a look at some of the evidence I dug up. Oh, don't you judge me. You know you're just as curious as I am. Admit it.

After my perusal around the interwebs, I can say there is not much to go on as to Boyega's relationship status. I know, I know. What a bummer. The English actor is decidedly low-key about his personal life it seems, unless it has to do with his family, which he is adorably open about. He even typed up a note of appreciation to his fans on Instagram and included a shout out to parents. It reads,

Thanks Samson & Abigail Boyega, for raising me with the help of God to make the right choices and pursue a dream with no guarantees.

*Sigh* I die. But back to the romantic front. In a December interview, while talking about the secretive nature of his Star Wars role, Glamour asked Boyega, "Is it even possible to date when you can’t talk about your day at work?" To which he replied, "Absolutely, it is! You can tell the person you’re dating, and if they love you, they’ll keep the secret. It’s a good test." So, take what you will from that.

Listen, the dude is only 23. He's got plenty of time to find a significant other, if that's what he wants. In the meantime, though, he's getting lots of love from fans, co-stars, and celebrities alike. Here's proof that single or not, Boyega's doing just fine in the love department:

Mindy Kaling Is Most Definitely A Fan

Looks like he's a fan of hers, as well.

He's Surrounded By His "Lovely Ladies"

Lupita Nyong'o and Daisy Ridley are quite lovely, indeed.

Being Adored By A Mob Of Fans

That has to be a great feeling.

And Welcomed Home By Old Friends

Oh, And Being Literally Embraced By Orlando Bloom And Robert Downey Jr.

There you have it, folks. Boyega is doing just fine.