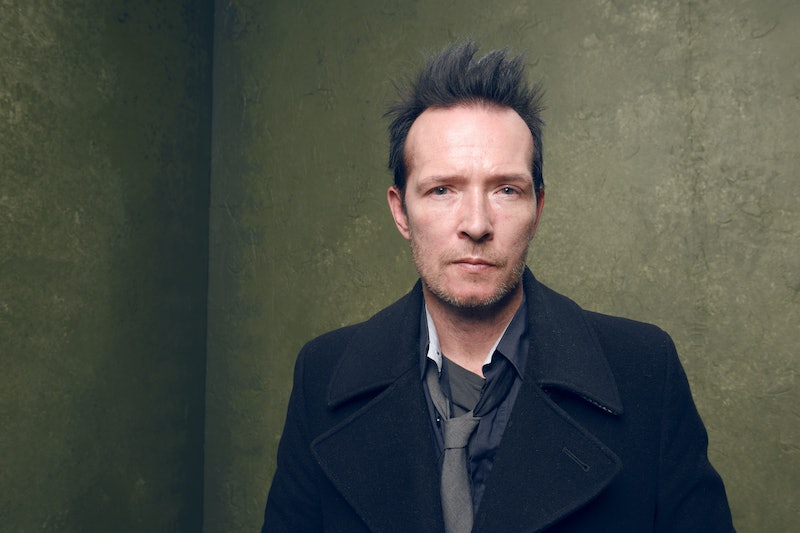 In early December, it was announced that Stone Temple Pilots singer Scott Weiland died at the age of 48. At the time of his death, it was unclear as to what caused his passing. But on Friday, E! News reported that according to a statement from the Hennepin Medical Examiner, Weiland died of an accidental drug overdose. The statement reads: "The above named individual died of mixed drug toxicity. Cocaine, ethanol and Methylenedioxyamphetamine (MDA)." Other major conditions contributed to his death, including, "Atherosclerotic cardiovascular disease, history of asthma and multi-substance dependence."

ABC News reports police found a small amount of cocaine in Weiland's bedroom of the tour bus where his body was discovered.

It's no secret Weiland struggled with drugs. It's something that affected his life and his family greatly. Soon after his death, his ex-wife Mary Weiland wrote a letter for Rolling Stone, where detailed how much the late singer's drug use caused a rift in their family. "The outpouring of condolences and prayers offered to our children, Noah and Lucy, has been overwhelming, appreciated and even comforting," she wrote. "But the truth is, like so many other kids, they lost their father years ago. What they truly lost on December 3rd was hope."

Ever since Weiland's death, his former band members and fans showed an outpouring of love and support for the singer. The Stone Temple Pilots released the following statement showing Weiland impacted many:

Dear Scott, Let us start by saying thank you for sharing your life with us. Together we crafted a legacy of music that has given so many people happiness and great memories. The memories are many, and they run deep for us. We know amidst the good and the bad you struggled, time and time again. It’s what made you who you were. You were gifted beyond words, Scott. Part of that gift was part of your curse. With deep sorrow for you and your family, we are saddened to see you go. All of our love and respect. We will miss you brother.