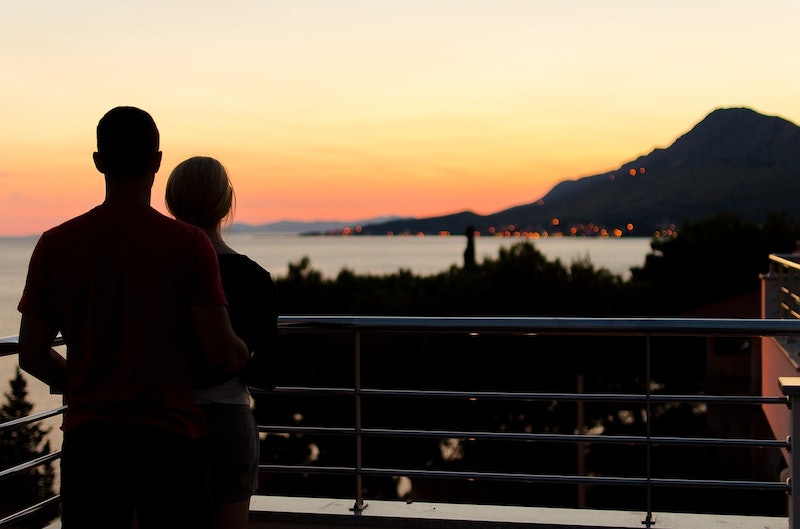 I have never, ever been one to easily come to terms with the hints a significant other is about to break up with me. I love to live in this happy little place called denial. Even when signs are right there in front of me, I tend to avoid them. Suddenly I’m “shocked” and “totally caught off guard” when someone doesn’t want to date me anymore, even if I’ve subconsciously known it was coming for a while.

Sometimes the signs are really obvious, like when your partner doesn’t talk to you for days on end, or you’ve noticed them hanging out with another person regularly and it makes you a little uncomfortable. However, other times the signs are more subtle and easily overseen, especially by those on the receiving end who plainly just don’t want to see the hints.

If you’re in an otherwise amazing and happy relationship and notice you connect with one of these signs — don’t freak out. It’s likely just a coincidence. However, if you feel there’s a bit of trouble in paradise and you’re noticing one or more of these signs to be true in your relationship, stop for a moment and really consider what might be going on. There is nothing quite like the utter shock of being dumped, so by recognizing the signs ahead of time, you might be able to soften the blow.

1. Your Partner Has Been Disappearing For Unusually Long Periods Of Time

Are you finding lately that your partner — who used to be around a lot and generally punctual — is now MIA for lengthy periods of time and/or showing up incredibly late for date night? Unless their work hours have become more demanding, or there is another substantial reason for their disappearance and tardiness, take these non-verbal signals as clues there might be something else going on. According to body language expert Patti Wood, time is a good form of nonverbal communication. Building on that notion, Wood said if your partner keeps you waiting, it’s not only a sign their interest in you in decreasing, it’s also a blatant sign of disrespect. That said — if you have a feeling a breakup in brewing and simultaneously are noticing this issue with time, take it as a warning.

Let’s say you and your partner have been together for a while and are comfortable with each other. If you begin to notice your partner suddenly is obsessed with looking a certain way, stop and examine this hint closely. This could mean they’ve totally amped up their workout regime, their hairstyle, and/or their wardrobe. When offering her advice on how men act when considering getting out of a relationship, Lisa Daily — author of Stop Getting Dumped! — said, “So if he was a blue button-down shirt and chinos kind of guy and suddenly he’s wearing Armani, that’s not a good sign.”

3. He Or She Is Incredibly Immature

Perhaps this is a reason for you to do the dumping, but regardless, if your significant other is truly an immature breed and seemingly incapable of handling a relationship, likely you don’t want to be in a relationship with them. According to The Frisky, your relationship may even be doomed from the start if the other person falls into a certain level of immaturity. If you’re noticing your partner is much more content with playing video games, for instance, versus spending time with — again, think of this as a non-verbal hint. It doesn’t necessarily mean they’re uninterested in you per se, it’s just that their maturity level makes that more interested in juvenile activities, rather than a relationship.

4. Their Sex Drive Seems To Be Totally Lacking

When you first started dating, it seemed like you were always in the buff, and now it’s a challenge to get him or her to even kiss you. According to Daily, a decrease in sex can mean one of two things: Either they want to avoid having to express emotion or attachment to you, or your partner is getting it from someplace else. Consider neither of those sound like incredibly ideal options, you might consider talking to your partner to see what’s going on if you begin to notice them drifting apart in the bedroom.

5. He Or She Is Now Constantly Cranky

Of course, this isn’t a foolproof way to tell that the horrible deed is about to happen (e.g., perhaps they are going through some family issues or major problems at work which would obviously cause them to be cranky, too). However, if things in both of your lives seem to be going normally, and then out of nowhere he’s being rude to you for no logical reason about every mundane thing, it can’t be good. According to Diana Kirschner, Ph.D., author of Opening Love’s Doors, “When there’s a lot of contempt in the relationship and he’s suddenly critical and judgmental, that’s a warning sign.”

6. Your Partner Has Casually Mentioned Wanting To Be Single

“I imagined I’d still be single at this age and, you know, living the single life,” a guy I was seeing once told me. I waited with bated breath for him to continue by saying it was over. Instead, he moved on and started talking about sports or some other totally unrelated topic, as if he’d never even mentioned it. I tried not to let it bug me, but a light bulb went off in my head two weeks later when he — out of nowhere — was fully honest and told me he didn’t want to see me anymore. According to psychologist Jesse Rabinowitz, Ph.D, to avoid hurting other people’s feeling, we’ll often use “exit strategies” to give ourselves a way out. Lines like the one this guy told me are a prime example an “exit strategy.” Another example? “I just need some space right now.” It’s a way of subtly saying, “I want to break up,” without seeming like the bad, cruel person in the relationship.

7. You Have A Gut Feeling

There is definitely something to be said about a woman’s intuition, according to Psychology Today. Sometimes we can feel things coming on without even really having a good rationale to back it up, and according to science, it’s likely due to a woman’s ability to pick up on non-verbal cues better than men. With that in mind, if you have a gut feeling that something isn’t right, and that you’re relationship is moving towards a breakup, trust your instinct. You might truthfully be picking up on something there.

If you any of these signs seem familiar to you in your relationship and you just have a general feeling that something is off, it's worth at least considering them as a hint that things might be coming to an end. Hopefully by keeping your eyes peeled for these signs, any potential breakup won’t come as a complete shock to you.

More like this
The Most Compatible Life Path Numbers, According To Numerologists
By Kristine Fellizar
9 Alternatives To The 3-Day Texting Rule In Dating
By Ginny Hogan
What Is "The Ick?" The TikTok Dating Term, Explained
By Courtney Young
25 Questions To Ask Your Friends When You're Bored
By Lexi Inks
Get Even More From Bustle — Sign Up For The Newsletter