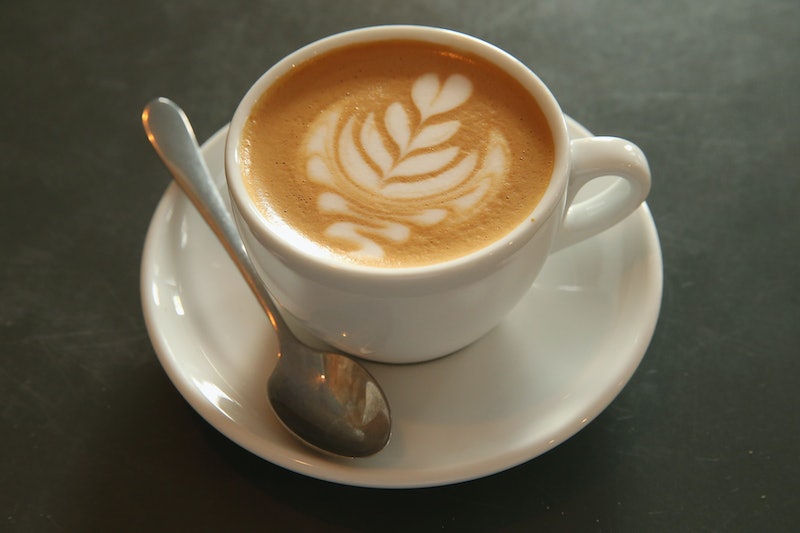 Have you ever wondered what effects coffee might have on your brain? Well, wonder no more, because science has some rather illuminating answers. The gist of it all is this: Coffee actually does a lot to your brain. In fact, coffee withdrawal may cause your brain to completely reorganize itself. There have been lots of studies on the effects of coffee over the years, including research into how it affects the brain, but a new study published in the journal Nature Communications sheds some fascinating light on the issue.

It all started when Stanford neuroscientist Russell Poldrack decided to start studying his own brain, which is now the "most studied brain in the world." For the last 18 months, Poldrack has undergone an fMRI scan twice a weekly, in addition to weekly blood tests, meaning that there's more long-term data on Poldrack's brain than researchers have ever had. Meaning researchers can actually see how Poldrack's brain changes over time and depending on circumstance.

Researchers have identified over 600 regions in Poldrack's brain and 13 different networks — and among many other exciting findings, the researchers found that whether or not Poldrack had coffee in the morning affected the networks in his brain. On days when he didn't have caffeine, the regions involved in basic functions — things like vision or movement — showed increased connectivity, while other regions showed less.

"The really interesting thing that we weren't expecting was that there were some systems in my brain that were more strongly connected and that totally reorganized their connectivity when I was off coffee compared to when I was on coffee," Poldrack told Huffington Post. "This showed that coffee systematically changed the organization of my brain."

I mean, we all knew that drinking coffee has a big impact, but who would have thought that it practically rewired your brain?

Then again, coffee has been shown to have some pretty interesting effects. It can reduce your risk of certain ailments, both major and minor, and can maybe even help you live longer. (Though you definitely don't want to have too much!) So it's not all that surprising that coffee affects your brain. But it's still pretty wild.

So from now on you can enjoy your morning knowing that you're also temporarily changing the way your brain organizes itself. See — who says you're not productive in the mornings?

You can also find out more about Poldrack's study — which mostly is about stuff that's probably more important than coffee — in the video below.