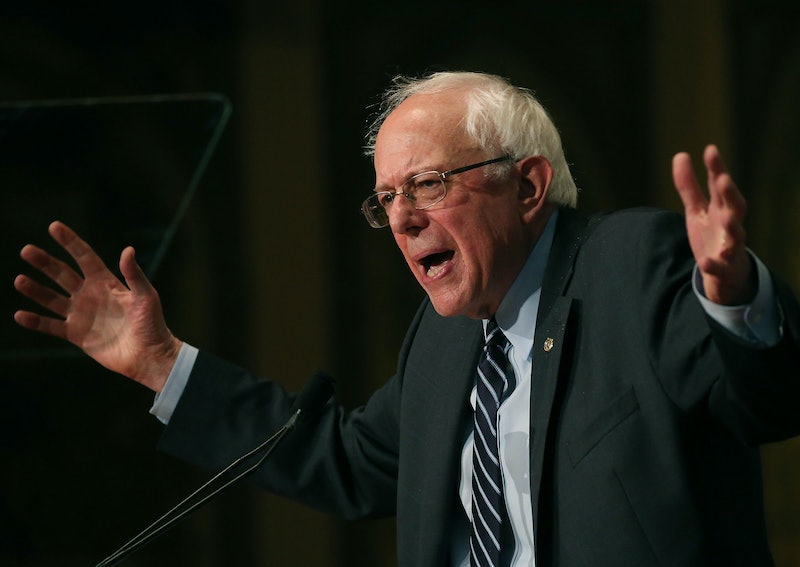 Some serious infighting broke out in the Democratic Party on Friday as Bernie Sanders’ campaign sued the Democratic National Committee in federal court. The campaign filed the lawsuit after the DNC announced that it was blocking Sanders’ access to DNC voter information, a decision the organization made after it claimed Sanders’ campaign improperly accessed Hillary Clinton’s files earlier in the week. This seems unprecedented — has a candidate ever sued the DNC before?

The answer, technically, is yes. Candidates have filed lawsuits against the DNC in the past. However, never before has a serious Democratic candidate for president filed a lawsuit against the national party, which is what’s happening this time.

For example, a man named Cody Robert Judy sued the DNC in 2015 for allowing Barack Obama to appear on the ballot in 2008 and 2012. Judy believes Obama wasn’t born in America and is thus ineligible to serve as president. More importantly, Judy mounted his own ill-fated run for the presidency in 2012 (as a Democrat), and is running again in 2016. So, there you have it — he’s a candidate who’s sued the DNC, and a Democratic one to boot. Not surprisingly, the U.S. Supreme Court dismissed his lawsuit.

But obviously, Judy is a super-fringe, no-shot candidate. What about someone with a serious shot at winning? The closest person to fitting that bill is Ralph Nader, who sued the DNC in 2007 for allegedly conspiring to keep his name off the ballot in several states. Thing is, Nader was running as an independent candidate, so this lawsuit didn't originate within the party itself. And let’s be honest — Nader had about as much of a shot at winning the presidency as Cody Robert Judy.

There are some other cases that almost fit the bill, but not quite. In 2012, a guy named Van Irion, also a Birther, sued the DNC to keep Obama’s name off the ballot. Irion — who initially misidentified the DNC as the non-existent “National Democratic Party of the USA, Inc” — later ran for a seat in the Tenth District Criminal Court, but he wasn’t a candidate when he filed the lawsuit.

There’s also the case of Senator Bill Nelson of Florida, a Democrat who filed a lawsuit against the DNC over Florida’s delegates being stripped of a seat at the national convention. But while Nelson is indeed a high-profile national democrat, he wasn’t running for anything at the time.

So, have presidential candidates sued the DNC before? Sure. But has a high-profile Democrat with a conceivable shot at winning the nomination sued the DNC? Nope.