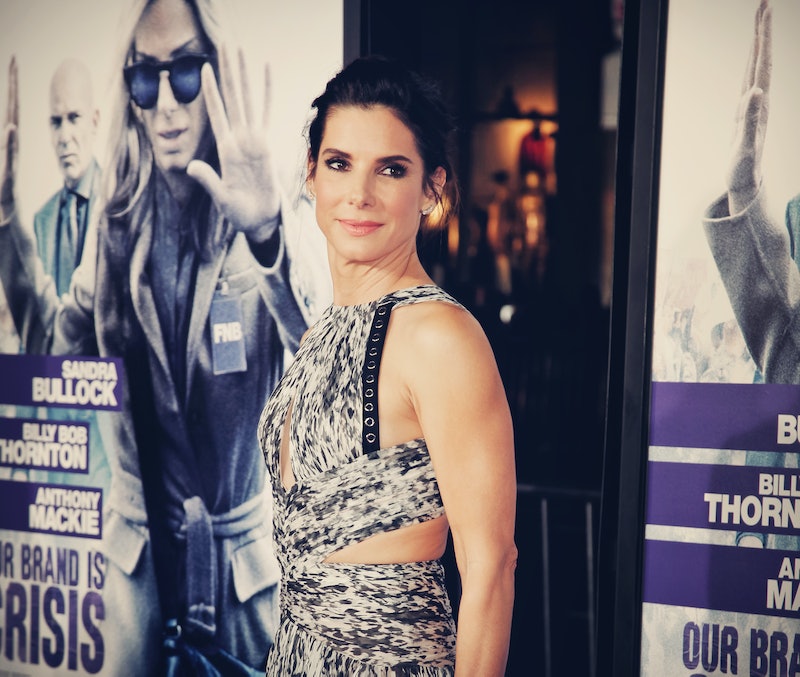 Before Sandra Bullock won an Oscar, she reigned queen of the box office by starring in comedies and action flicks. In 2000, she proved she can play a tough (and unkept) FBI agent Gracie Hart in Miss Congeniality. Everyone knows she gets a glam makeover in the film, but there's lots of other things you didn't know about Miss Congeniality — or otherwise forgot, since the comedy did come out 15 years ago. In some ways, it seems like the movie came out just yesterday.

to have a pretty big career since Miss Congeniality was released more than a decade ago. In 2010, she won the Oscar for Best Actress for her role as a

Tennessee football mom in The Blind Side. She also starred in the hit films Two Weeks Notice, Crash, The Proposal, The Heat, Gravity and Minions. She produced Miss Congeniality 2: Armed and Fabulous in 2005, along with the movies All About Steve and the ABC sitcom George Lopez. But still, there's just something about Bullock's role as Gracie Hart, who goes undercover at the Miss United States pageant as Gracie Lou Freebush that has audiences laughing even 15 years after its original release.

Here are some facts you may not have known — or may have forgotten — about Miss Congeniality.

1. It Earned More Than $212 Million Worldwide

The movie was a smash hit at the box office — and even warranted a sequel (see below).

2. It Was Nominated For Several Golden Globes

Bullock was nominated for Best Actress in a Comedy or Musical and the film's original song "One in a Million" by Bosson also snatched a nod.

3. Yet Got Mixed Reviews From Critics

Hard to believe that Miss Congeniality only has a 42 percent rating on Rotten Tomatoes. The New York Times review was not particularly kind, calling the movie "happily, deliberately second-rate, as if its ideal audience consisted of weary airline passengers. (It's the kind of movie that would seem like a pleasant surprise in a cramped coach at 35,000 feet.)"

4. The Soundtrack Is Pretty Awesome

In addition to the Bosson dance tune, the movie's soundtrack is pretty rad and includes a remix of "She's A Lady" by Tom Jones, "Mustang Sally" by Los Lobos, a remix of the "Miss United States" song by William Shatner, and more.

5. The Movie Has A Real-Life Counterpart

Thanks to Cheryl's adorably endearing answer about her perfect date, it's an answer (and day) that will now live in social media infamy with a cute hashtag and all.

Gracie's hilarious line while she glides with Michael Caine is a most likely reference to the famous "I'm walking here!" line from the classic film Midnight Cowboy.

In a cut scene that can be seen in the film's original trailer, the late Gilmore Girls actor played Gracie's father and stood by her side at what looks like a wedding. He leans over to ask her, "Honey, are you a lesbian?" Gracie tells him, "Dad, I wish." See it in the above trailer at 0:30.

Well, she was voted "Most Likely To Brighten Your Day" by her high school class, according to Extra.

10. Even Real-Life Pageants Really Can Have Weird Endings

Usually, pageants have picture perfect endings, during which the winner gets her crown and victory walk. Miss Universe 2015 host Steve Harvey showed us just how awkwardly a pageant can end when he accidentally named first runner-up Miss Colombia as the winner on Sunday night. Now, it's not quite the same crazy ending that Miss Congeniality gave us —a full-on crown fight — but hey, now we know not every pageant has a perfect ending.

Or maybe Miss Congeniality 2: Armed and Fabulous, released in 2005, is something you prefer to forget.