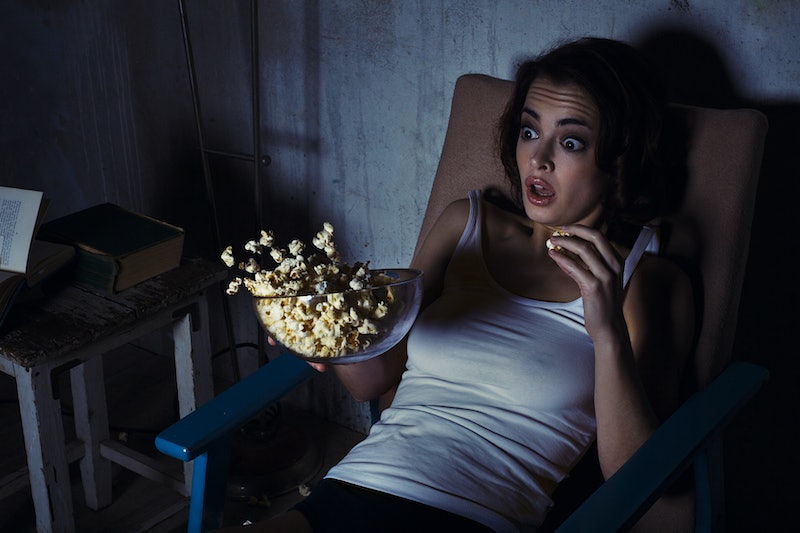 You probably never thought much of the expression, a "bloodcurdling scream." But new research suggests that hearing a scream really can curdle your blood, giving the expression a whole new meaning. And the reason why this apparently happens is super creepy.

The bloodcurdling experiment, via Pacific Standard, was conducted by researchers from several institutions in the Netherlands using participants affiliated with the Leiden Medical Center. On two separate evenings, these 24 young people were made to watch two different movies — one a horror movie and one a documentary. They gave blood samples before and after each viewing. After watching the horror movie, but not after watching the documentary, the amount of a coagulant in 57 percent of the participants' blood had increased, while only 14 percent of participants seemed to produce more coagulant while watching the documentary.

Coagulants are substances that help the blood to clot. This mechanism allows the body to protect itself from further damage when a blood vessel is compromised — the blood clots to fill the hole, preventing further blood loss and allowing the blood vessel to heal. Researchers hypothesize that this increase in coagulants caused by the horror movie is an adaptive mechanism in anticipation of injury. In other words, your poor body didn't get the memo that movie isn't real, and it thinks that axe murderer might be coming for you!

So did people somehow intuitively know that screams could curdle blood before we had enough scientific evidence to prove it? I'm a little skeptical. The origin of the term "bloodcurdling" could also come from the old philosophical and medical theory of the four humors, according to which the hot and moist "sanguine" element of the body resides in your blood. Hearing screams can also give you chills, or goosebumps, suggesting a lack of blood flow, and all of this is readily apparent (whereas having thickened blood doesn't really feel like anything).

Still, it's a weird coincidence at least, and creepy besides. When you're scared, your body literally braces itself to be physically attacked. This seems a little much now (especially since many of the bloodcurdling triggers we encounter are even totally fictional), but what a great thing that we can take for granted how safe the world is compared to the past.