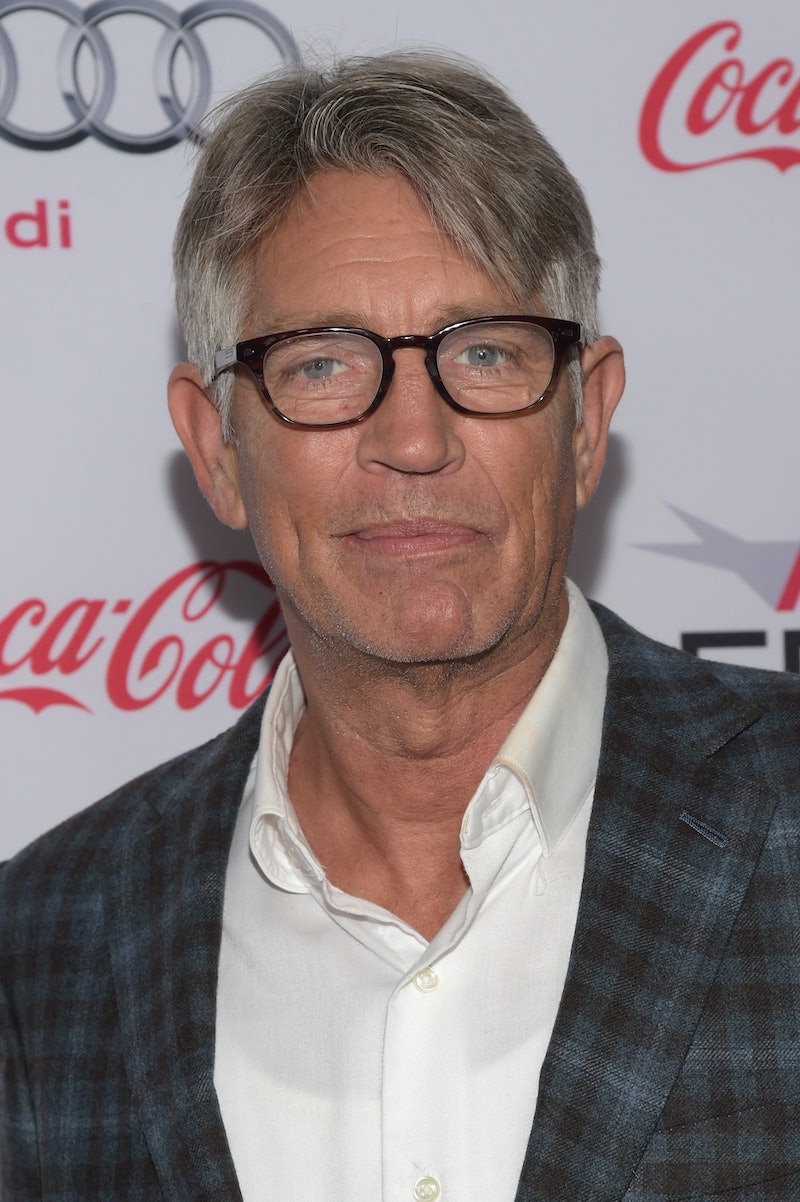 Thank goodness for Lifetime; constantly churning out star-studded original content. We can count on the network this winter, as we go through network television withdrawals (seriously, there's nothing worse than having all of your favorite shows on hiatus at the same time) and are looking for new content to entertain ourselves. One movie that should do at least that is the new Lifetime original Stalked By My Doctor, which stars Emma Roberts' dad/Julia Roberts' brother, Eric Roberts in the title role. It will premiere on Dec. 26 at 8 p.m., aka just in time for some post-holiday winding down with the family.

The title's pretty self-explanatory: The film follows Sophie, a teenaged girl, and, of course, her doctor stalker, Doctor Grey (not to be confused with Meredith or Lexie of Grey's Anatomy). Dr. Grey rapidly becomes obsessed with Sophie following emergency cardiac surgery after a car accident, and as you might expect, it's pretty much downhill from there. It all aggregates to form quite the gritty thriller, and judging from the trailer, syringes are wielded both inside and outside the operation room (ruh-roh). There's one major question that remains, though: Is Stalked By My Doctor based on a true story? Does it join the pantheon of Lifetime original movies inspired by true crimes?

I think we can all agree that one of Lifetime's biggest selling points is its selection of perfectly soapy, made-for-TV movies — especially those based off true events. The star-studded spectaculars always deliver the drama — so is Stalked By My Doctor based on a true story or what? Well, as it turns out, there have been real cases of doctor stalkers out there, though with very different details than Stalked By My Doctor. For example, orthopedic surgeon Gregory Konrath plead guilty to two counts of stalking his ex-wife earlier this year, as reported by Indiana's WNDU.

However, the reverse has also happened in real life, with patients stalking their doctor. In the U.K., Raymond Knight went to prison in 2013 for violating a restraining order against his general practitioner, Doctor Eleanor Aston, and was then imprisoned again in 2015 for continuing to harass her after his release, according to the Daily Mail. In fact, it seems to be more common for patients to pursue their doctors than the reverse. According to The Guardian, the Medical Defence Union has seen a large increase in doctors receiving romantic advances from patients through social media, texts, and emails. It also reports that, "One of the UK's leading GPs warned that obsessive contact from patients could lead to doctors being stalked."

While the specifics of these cases don't match up with Lifetime's Stalked By My Doctor and likely didn't serve as inspiration for the film, it goes to show you that doctor-patient relationships have taken creepy turns outside of fiction too.

More like this
Conversations With Friends' Endometriosis Scenes Are As Brutal As It Gets
By Ivana Rihter
A 'Bridgerton' Star Just Dropped A Major Hint About Joining The Live-Action Barbie Cast
By Bustle UK
'Doctor Who’s New Star Is Already Huge On TikTok
By Maxine Harrison
What’s New On Netflix: A Victoria Justice Rom-Com & The Return Of David Letterman
By Arya Roshanian
Get Even More From Bustle — Sign Up For The Newsletter