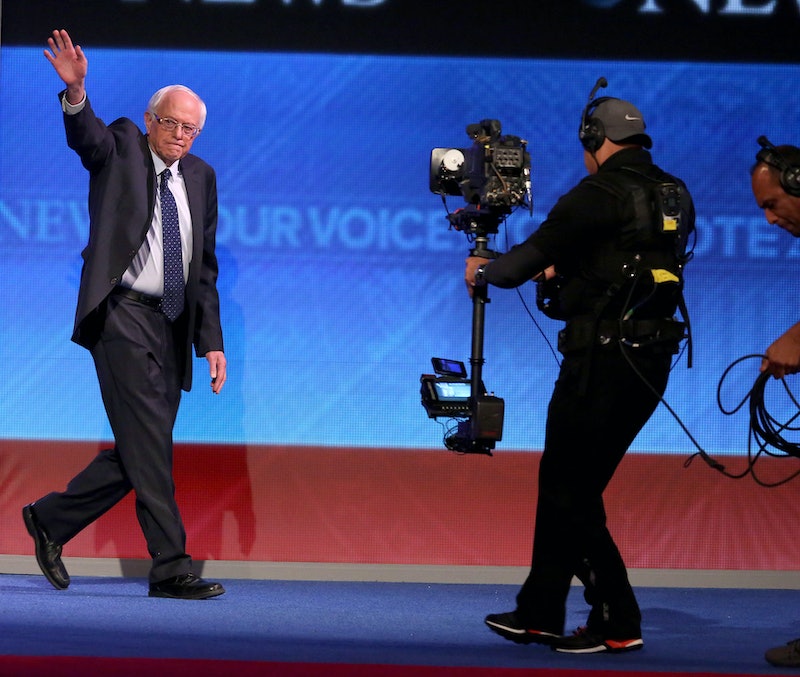 Even before he stepped on the debate stage on Saturday night, Bernie Sanders had had a tough week. His campaign got slapped on the wrist by the Democratic National Committee for accessing Hillary Clinton's voter data without authorization earlier in the week, and he has largely lost the ground he had gained on Clinton in the polls over the past few weeks. On Saturday, the debate memes and jokes against Sanders started rolling in while he participated in the third Democratic debate, with many of the punchlines referencing the recent data scandal and the challenge he faces in overcoming Clinton.

Sanders joined Clinton (awkward much?) and former Maryland Gov. Martin O'Malley on stage in New Hampshire for the third and final Democratic debate of the year, which was hosted by ABC News and moderated by David Muir and Martha Raddatz. The debate focused largely (and understandably) on national security and the recent attack in San Bernardino, California. Sanders, along with O'Malley, voiced concerns that the debate was scheduled for a Saturday night, when viewership is typically lower than during the week. Not to mention, this particular Saturday in December happened to clash with the college football bowl game schedule and the last shopping weekend before Christmas. Although Sanders was worried about viewership, it seems like enough people tuned in to make plenty of jokes both at his expense.