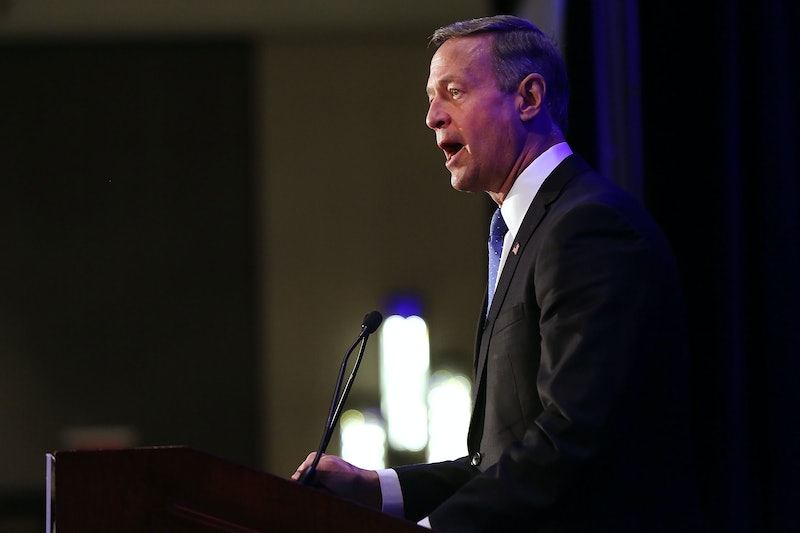 At the third Democratic primary debate, Martin O'Malley took a veiled shot at the ages of Hillary Clinton and Bernie Sanders when he presented his foreign policy views as "a different generation's perspective." There's no question that O'Malley said this in order to draw a contrast between him and his opponents — the former Maryland governor is 52 years old, while Clinton is 68 and Sanders is 74. The comment elicited boos throughout the New Hampshire audience, which isn't a surprise, since O'Malley was all but accusing the other candidates of being too old.

To make matters worse, the "different generation line" actually undercut the point O’Malley was ultimately intending to make. This was a conversation about foreign policy in the middle, and O'Malley spent the rest of this time talking about the dangers and unintended consequences that can result from regime change. Specifically, he reminded viewers, rightfully, that the CIA-led coup in Iran in 1953 is largely responsible for the current Iranian government. That's a good point — but what does that have to do with his generation? In fact, as the youngest candidate on stage, doesn’t O’Malley have less perspective on the events of the last 100 years than Bernie or Hillary?