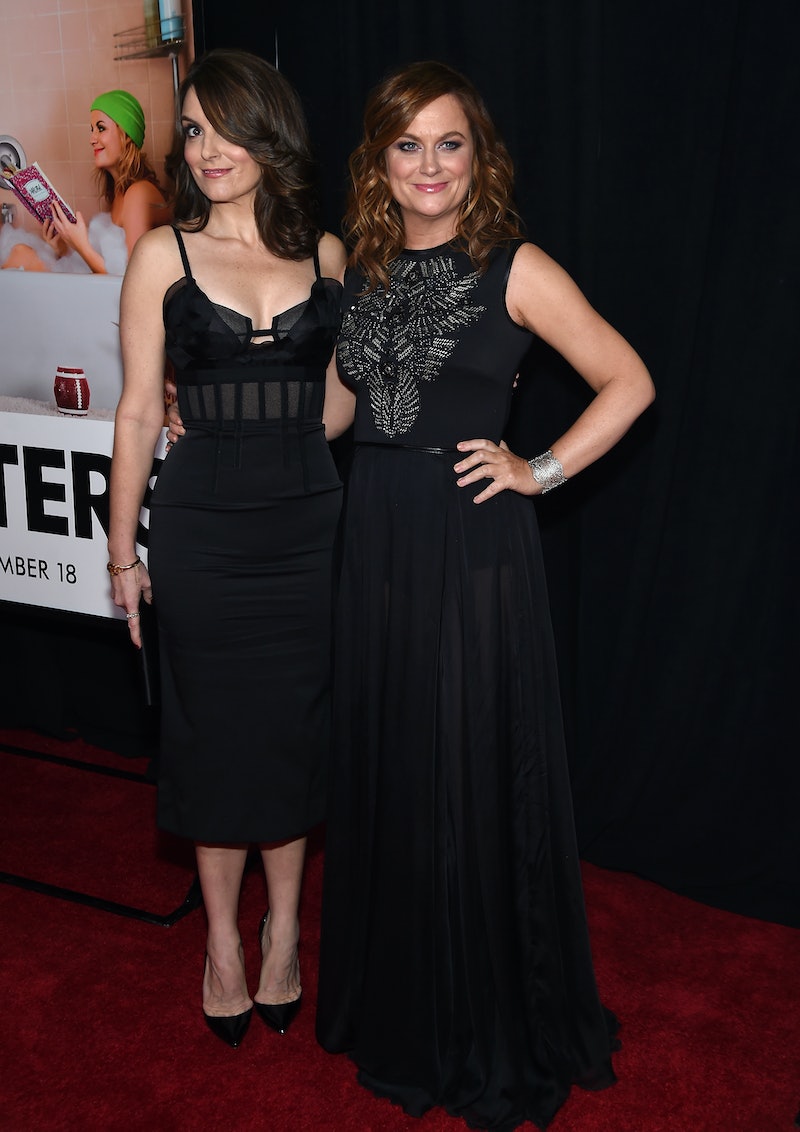 There's been lots of talk about squads this year, but let's face it: Being apart of Tina Fey and Amy Poehler's squad would be so awesome. As they hosted Saturday Night Live, Fey and Poehler showed off who would be in their squad — parodying Taylor Swift's "Bad Blood" video — and it included a cameo from Amy Schumer on the SNL sketch "Dope Squad." In the skit, Tina and Amy recruited an awesome group of women who made their lives easier — like the woman at the diner who always knows their order (2 soups), their real-life gynecologist (yes, they have the same one), Dawa (Amy's nanny), and Esmena (Tina's nanny). And of course, Schumer joined the squad as another dope funny lady.

The sketch began with Fey and Poehler being interviewed at a press junket for their new movie Sisters, but it quickly turns into a "Bad Blood" squad parody in which they explain how they "got a deep dope squad / It takes a village, y'all." In true "Bad Blood" style, Fey and Poehler each took on "superhero" squad names: Tina was "Powderkeg" and Amy P. was "Shortfuse." But Schumer showed up with no nickname needed. "I did her show so she owes me one favor," Fey sang in the parody. "Is this not a charity thing?" Schumer asks, with nun-chucks in hand. Fey and Poehler say it sort of is, and then instruct Schumer to do a "slow motion post-apocalyptic walk." And that doesn't exactly turn out as planned with the nun-chucks — but it's awkward and hilarious. "Wait, who are we mad at?" Schumer asks afterward. Not you, Amy. Definitely not you.

Naturally, the sketch ends with a fiery strut with Schumer, Fey, Poehler and Bryant, but they get startled by an explosion. "Guys, you can't just trigger an explosion and not tell anyone!" Fey yells.

So amazing. Here's hoping they open up this Dope Squad to applications soon — or they just make a TV series about it, stat.