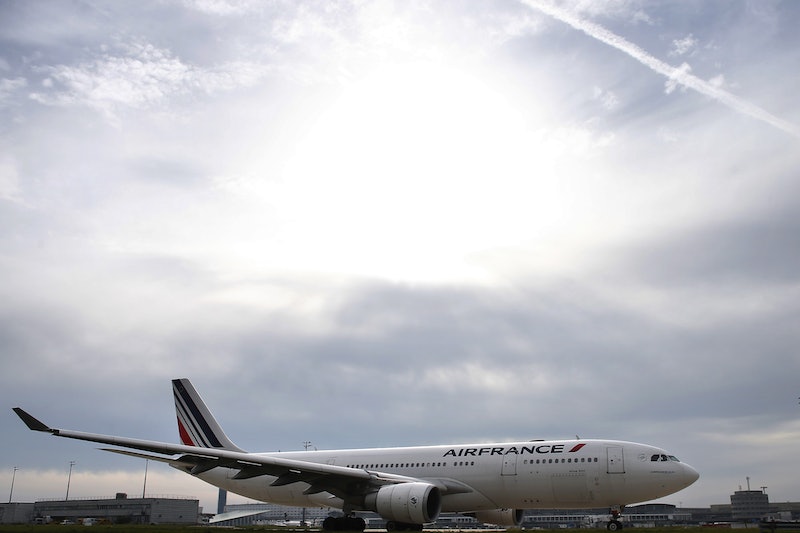 During a trip after leaving Mauritius on its way to Paris' Charles de Gaulle airport, an Air France flight made an emergency landing in Kenya when a possible bomb was found in the plane's lavatory, the Associated Press reported. The plane had left Mauritius around 9 p.m. Saturday night and landed in Mombasa, Kenya, at about half past midnight. Officials have only confirmed that it was suspected to be an explosive device. Update: On Sunday, Frederic Gagey, the CEO of Air France, said that the device was a fake bomb made out of cardboard, paper, and "something like a kitchen timer." According to Kenyan Interior Minister Joseph Nkaissery, four passengers were arrested. Their names and nationalities have not yet been disclosed.

Air France flight 463 had more than 450 passengers and 14 crew members on board. No injuries were reported. Charles Owino, a Kenyan police spokesman, told the AFP, "[The plane] requested an emergency landing after a device suspected to be a bomb was discovered in the lavatory, an emergency was prepared and it landed safely and all passengers evacuated. Bomb experts from the Navy and the CID were called in and took the device which they are dismantling to establish if it had any explosives."

The international flight landed at Moi International Airport and was still there as of early Sunday morning. According to NTV Kenya, the airport was briefly closed to both arriving and departing flights with a heavy security presence. It has since reopened. The television station also tweeted out several photos from the scene of the grounded plane and the passengers.

The inspection and investigation is still ongoing. Meanwhile, according to Kenyan news outlet KBC Channel 1, passengers took buses to nearby hotels.