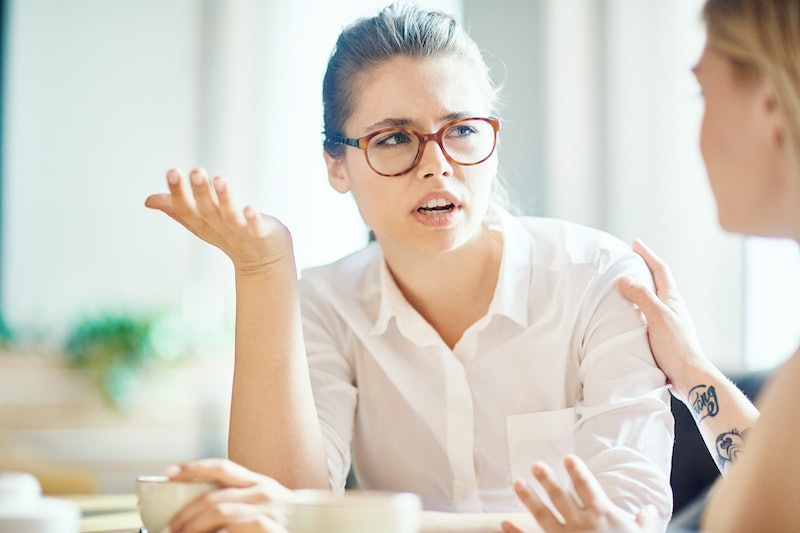 Have you ever wondered what makes a bad roommate? Living with someone you're not related to can be tricky — one person's "disgusting worst nightmare" may be another's "lazy brother in arms." The key seems to be compatibility; a clean freak and a total slob sharing an apartment may be the stuff of mediocre sitcoms, but in reality, you're much more likely to get along with someone similar to yourself, whether you're both the type to keep your kitchen spotless or more likely to let the sink turn into a health hazard.

As much as we all differ in our definition of the perfect roommate, though, recent research from apartment finder Abodo shows that there are some behaviors pretty much everyone hates. Some are pretty self-explanatory: stealing, not paying rent, and disrespecting guests all made the list of survey respondents' top 10 most offensive behaviors. Others, however, are so outlandish that they sound like they're ripped straight from a horror movie, from peeing on the floor to hitting on your friends and exes. Is nothing sacred??

Fortunately, the most offensive behaviors aren't exactly common. Abodo's survey also asked respondents to admit to their own failings as roommates, and they're largely inoffensive, especially when compared to what could happen. Never again will I complain about my roommate using the hot water — at least she's not puking on the floor and sexiling me willy-nilly.

Being messy is the most common behavior, with almost half of respondents copping to their lack of cleanliness. Interestingly enough, researchers noted a few gender differences; men were more likely to be messy and eat their roommates' food, while women were more likely to do things like invite their significant others over constantly. In fact, a whopping 85 percent of female respondents admitted to having loud sex.

Perhaps unsurprisingly, loud sex is a pretty common feature in respondents' worst horror stories, which Abodo arranged by the most frequent words and phrases used. In addition to hours-long sex marathons, "drugs" and "stealing" came up pretty frequently, along with words like "party," "drunk," and "smell."

If that doesn't make you want to live alone (not counting all the cats, of course) for the rest of your life, I don't know what will.

More like this
15 Ways To Tell Someone Was Just Talking Behind Your Back
By Carolyn Steber
Here’s How To Reignite The Spark In A Sexless Relationship
By Vanessa Marin
Are Gemini & Gemini Compatible In A Relationship?
By Kristine Fellizar
The Case For A Hard Launch Summer
By Morgan Sullivan
Get Even More From Bustle — Sign Up For The Newsletter