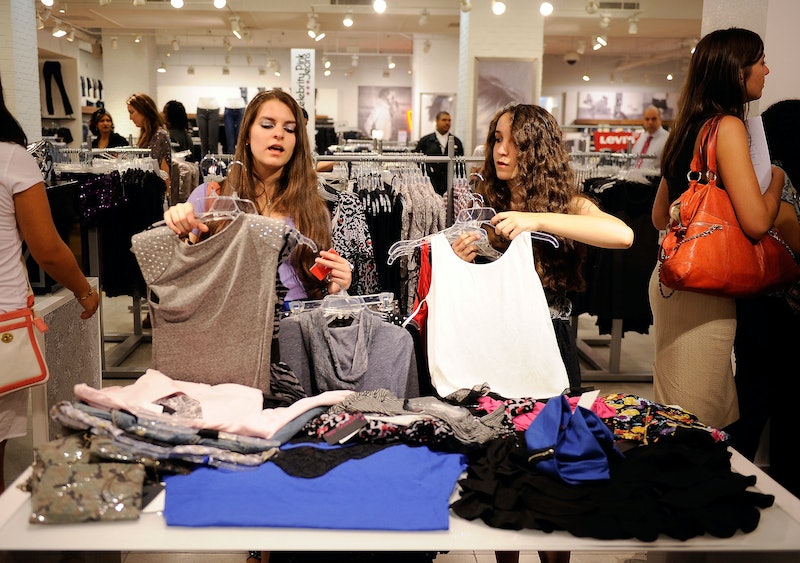 The last time you heard about someone stealing from a store was probably in high school, and although security measures are getting more high-tech, shoplifting is still a popular activity among teens. In fact, it's on the rise. According to a recent study, more teenagers and young people are turning to shoplifting as a maladaptive coping technique, meaning they are choosing to deal with stress and anxiety by getting a five-finger discount.

Shoplifting among teenagers isn't a new notion by any means. While it may seem normal to you, Teen Vogue is reporting that the recent rise in shoplifting is directly correlated to the rise of stress teenagers and young people are experiencing today. As a result, many stores are increasing their security measures, however, the National Association for Shoplifting Prevention (NASP) says that people are still getting away with it. The chances of thieves being caught are one in 48.

NASP likens shoplifting to drinking or binge eating, which are negative behaviors that are effective in short term, but overall, strengthens the disorder. This means that while shoplifting may provide a temporary rush of adrenaline, the guilt follows shortly after.

Teenage shoplifters may be on the rise, but according to NASP, 75 percent of shoplifting was committed by adults. What may be more surprising is the fact that a majority of those adults had higher education and income, implying that they were doing it for the thrill and not because they needed to.

We hope that those teenagers and young people with shoplifting addictions seek the proper help they need before it's too late and become part of this growing statistic of shoplifting adults. Put down the cashmere and walk away.