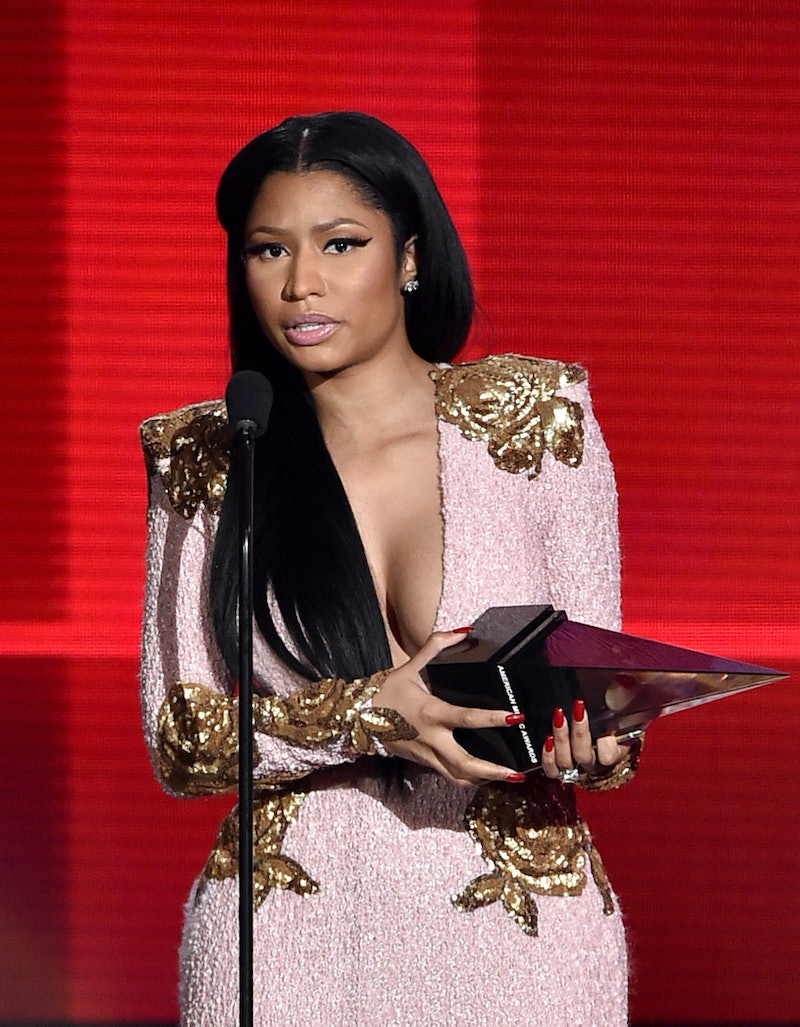 Nicki Minaj, why? Normally, I am fully in support of the artist, no matter what she does (that VMA deal with Miley Cyrus, for instance, totally made me cringe). It's not easy for women of color in the music industry, but Minaj proves time and time again that she's capable of major success, and I've always had her back. That being said, the news that Minaj performed in a holiday concert in Angola for Unitel, a company partially owned by Isabel dos Santos, daughter of the corrupt Angolan leader José Eduardo dos Santos, has me seriously disappointed. Before the concert, there had been serious lobbying from organizations like the Human Rights Foundation begging Minaj to not perform, but she went ahead regardless. Bustle has reached out for comment from Minaj, but has not heard back at this time.

I'd like to think that the star had a good reason for going ahead with the performance, but it's looking unlikely. Dos Santos is considered one of the most corrupt leaders in Africa, thanks to actions like jailing outspoken rapper and activist Luaty Beirao. It's hard to imagine that Minaj performed at the concert held in part by his daughter to make some sort of statement, and as this image she shared on Instagram with Isabel dos Santos implies, it seems more likely that she performed for reasons like "chasing paper."

Obviously, it is great to see women in positions of power and financial security, but not when their success is potentially due in part to major corruption. It's disappointing that Minaj and her team seemingly did not do their research before taking part in this concert and having her pose with dos Santos, or if they did, that they went ahead regardless. Minaj reportedly received two million dollars for performing, an amount that the Human Rights Organization called "the result of government corruption and human-rights violations" in an open letter to Minaj last week.

By and large, Minaj is an amazing performer who's done some great things as an entertainer and role model. I'd like to think that performing at this concert was just a one-time mistake, and that fans like myself can still support her going forward. But there's no denying that it is frustrating that it occurred, and that Minaj should own up to her actions with a heartfelt apology and explanation for her decision.