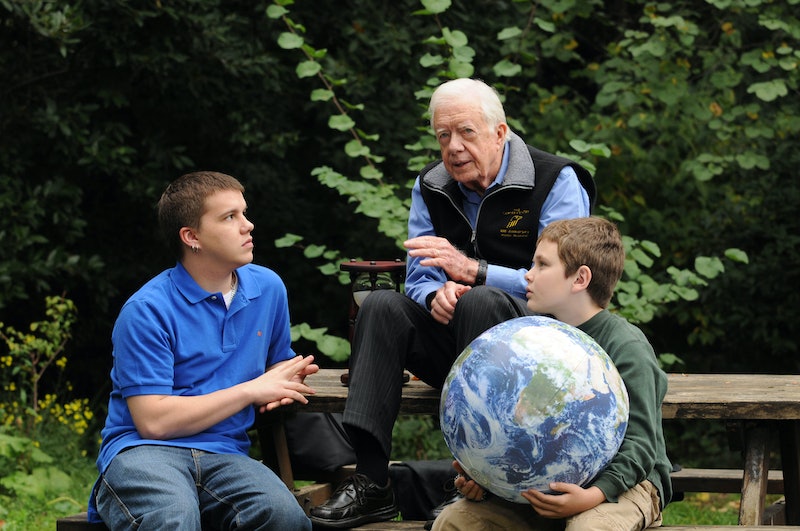 Former President Jimmy Carter announced Sunday afternoon that his grandson Jeremy Carter has died, The Atlanta Journal-Constitution reported. Jeremy was only 28. President Carter gave the news to his Sunday school class at the Maranatha Baptist Church in Plains, Georgia, before going ahead to teach his daily lesson. He said that Jeremy had laid down to take a nap on Saturday, and when his mom checked on him, his heart had stopped, the newspaper reported. The cause of death has not yet been determined. Rev. Jeremy Shoulta, the pastor of the church, said:

Jeremy Carter had not been feeling well [Saturday] and at some point later in the day he had gone to sleep and during the course of that time, his heart stopped. [President Carter] was shaken. This was shocking news, very unexpected and there were no health problems from what we were aware of.

Jeremy is the son of Annette and Jeff Carter, who have three other children. Jeff is President Carter's youngest son. Members of the church where President Carter teaches told the AJC that Jeremy was a "great, fun-loving guy" whose death hit them hard.

He once joined his grandfather in Istanbul when the former president went to a meeting of "The Elders" to discuss climate change. Members of the group brought their grandchildren with them to impress the seriousness of climate change, the Global Atlanta reported, and Jeremy and his cousin Hugo were among them.

The announcement of his grandson's death comes just after President Carter told the nation that there was no sign of cancer on his brain.