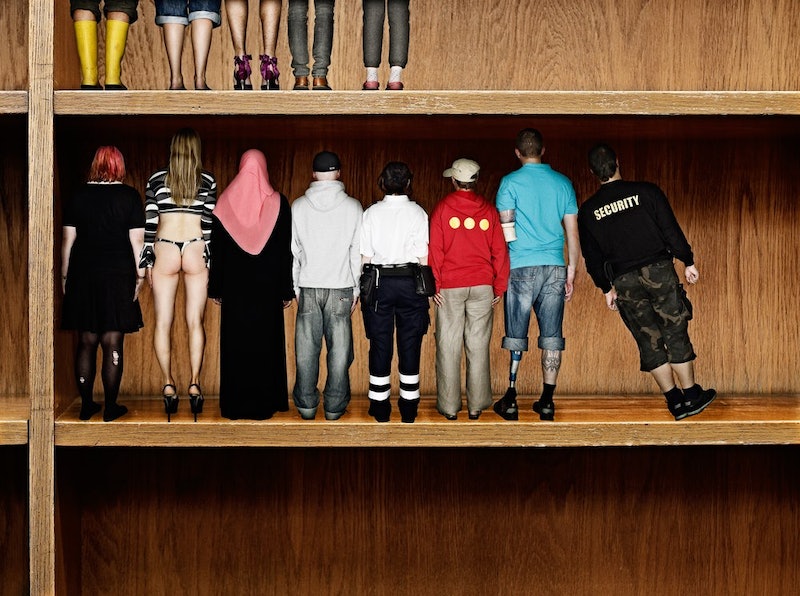 If you ask my parents how they met, my dad will say with a smirk, "Your mom checked me out." True enough: she worked in their university's library and he made it a point to visit so that he could, well, check her out while getting records from the stacks. But it looks like my parents weren't the only ones interested in picking up people, not books, from the library — a project called Human Library is bringing "living titles" to the dewey decimal system.

The Human Library is a mobile library set up as a space for dialogue and interaction. Visitors to a Human Library are given the opportunity to speak informally with “people on loan”; this latter group being extremely varied in age, sex and cultural background.

The idea to check out humans started in 2000 in Denmark. The now-international project plans events all over the world, connecting volunteer "Human Books" with "readers" who are willing to meet and bond with people and hear their interesting stories in an effort to expand their boundaries, stamp out their prejudices, and engage with other humans on a compassionate level.

The Human Library organization explains, "They are open about who they are and prepared to share their experiences ... They are courageous people that stand by their convictions and are willing to discuss their values with others ... Books typically have titles that aim to represent a stigmatized or stereotyped group of people in the community. This could be a religious minority or sexual minority or other members of the community who are exposed to general misconceptions, stigma, stereotyping and or prejudice."

The Human Library circulates between active public libraries in over fifty countries on five continents, and some cities have set up permanent, award-winning libraries. 2014 events can be found on their Facebook page.Whether or not you can make it out to a Human Library, the project encourages everyone to think twice before judging a book by its cover.