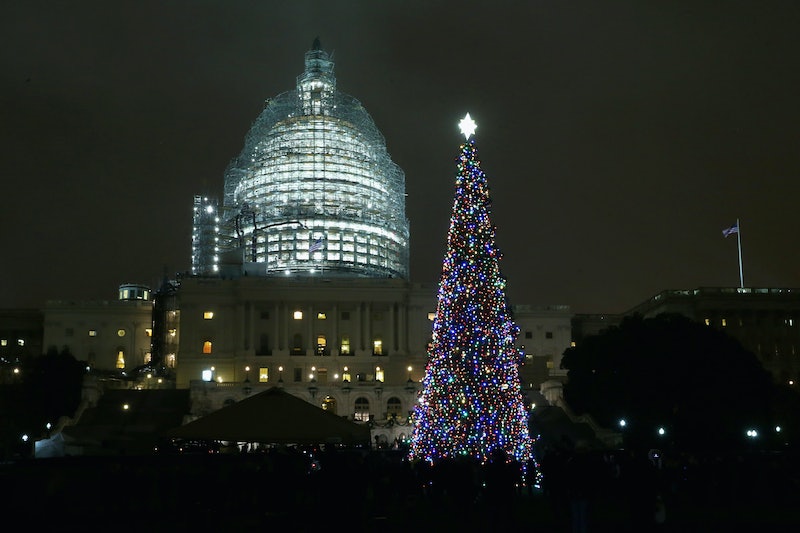 People like to think in broad strokes when it comes to politics, and sometimes, huge, sweeping changes do happen — the Civil Rights Act of 1963 outlawed discrimination, Eisenhower issued an executive order to enforce the integration of Little Rock High School in 1957, and SCOTUS officially legalized gay marriage in June. But government is a marathon, not a sprint, and the nature of bureaucracy means that the bulk of the work comes from solving small problems and passing bills year-round to keep our country running.

That's where Congress comes in, to ensure that the little necessary changes are being attended to. At least, that's how it works in theory. Congress's approval rating is at 11 percent currently, and it's easy to feel jaded when the 114th Congress' first session, which officially adjourned on Friday, was officially the least productive Congress ever by a huge margin. Looking further, there are a lot of really great bills that didn't get voted on for whatever reason this year, and now have to sit in No Man's Land until January when they have the slim possibility of becoming law. The following bills were either struck down or avoided during the last session of Congress, and they should absolutely become law in 2016.

Vermont Sen. Bernie Sanders gave this topic a lot of attention during the second Democratic presidential debate, but Massachusetts Sen. Elizabeth Warren was actually the one who introduced the legislation to the Senate Committee on Banking, Housing, and Urban Affairs. The bill would regulate against some of the risky behaviors that caused the 2008 financial collapse, and better protect banking customers in the future. Right now, it's accumulating co-sponsors and waiting to reach a vote in committee.

This bill also made headlines when it was shot down jut one day after the San Bernardino shooting earlier this month. The bill would have prohibited anyone on the no-fly list from legally purchasing a gun, and for some incomprehensible reason, House Republicans struck down the bill.

Rep. Kathleen Rice introduced the Keep Our Travelers Safe And Secure Act to keep better records and regulations on maintenance for airport security systems, like body scanners and metal detectors. Not only would this bill help prevent dangerous incidents, it would also help security lines at airports run more smoothly, which everyone should be able to get behind. Unfortunately, it's been waiting for a vote in the Senate since July, and has only a 34 percent chance of being enacted into law.

This bill, introduced by Sen. Tom Carper, would streamline the process for transitioning between presidential administrations and cover some of the vulnerabilities that happen when one president leaves and another comes in. Of course, this bill is timely — President Obama only has about 400 days left in office, and the provisions of the bill require action six months before election day. This bill should be at the top of the list for a vote in the House in January.

As many as 1 in 6 American schoolchildren may have dyslexia, and Rep. Lamar Smith drafted this piece of legislation, nicknamed the READ Act, to secure at least $5 million annually in research funding. The bill was passed by the House in October, and is awaiting a vote from the Senate when session returns in January.

Sen. Cory Booker supported his home state of New Jersey through Hurricane Sandy in 2012, which undoubtedly inspired this bill to keep television stations running during states of emergency. In emergency situations, it's extremely important that all available lines of communication stay open to the public, and this bill should be a no-brainer to enact. So far, it's been passed by both the House and the Senate, and is awaiting signature by President Obama. The sooner the better — the next emergency may hit at any time and that support could be critical.

Sen. Jon Tester introduced this legislation to provide extra support to federally employed veterans who have disability concerns. The bill would ensure that veterans are able to care for their medical treatment without worrying about losing pay, and it seems like a slam dunk for any legislator who votes in favor.

Government work isn't sexy or even interesting sometimes, but it's important to engage in these projects and be a part of the political system of American society. If you feel strongly about any of these bills becoming law in 2016, reach out to your congressional representative and urge them to make it a reality.