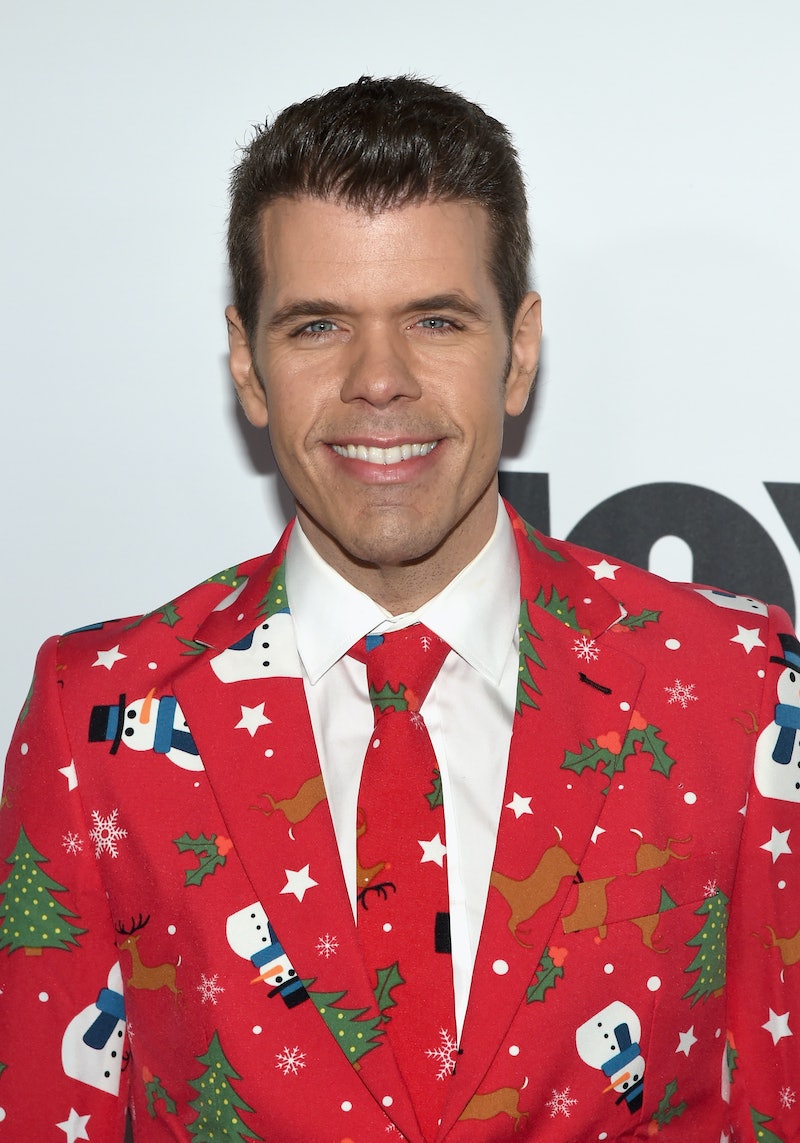 Well, it only took an hour and a half for someone to say the D-word at the 2015 Miss Universe pageant on Sunday night — and the D-word I'm referring to is Donald Trump. During a segment in which co-host Roselyn Sanchez interviewed the Miss Universe judges, Perez Hilton dissed Donald Trump and the crowd went wild. Sanchez asked Hilton about the differences between judging the Miss Universe and Miss USA pageants and he effortlessly dropped his truth bomb. "Well, the two big differences is one: A lot more people are watching Miss Universe. And, number two: Thankfully, Donald Trump no longer owns this pageant," Hilton said with a cheeky smile.

I'm glad someone addressed the GOP presidential candidate-sized elephant in the Miss Universe pageant room halfway through the three-hour telecast on FOX. Previously, Trump co-owned the pageant along with NBC Universal. His controversial comments about immigration caused a stir around televising the pageants, so Trump ended up completing a sale of the Miss Universe, Miss USA and Miss Teen USA pageants to WME-IMG in September. And, most of the focus of Sunday's Miss Universe remained where it belonged — on saluting a talented group of women — until Hilton's comment, but I'm still glad someone said something. From the cheers he got, it sounded like the crowd felt the same way.

Once Hilton made the comment, co-host Steve Harvey looked like a deer in headlights while standing on stage. "He said it, not me," Harvey said. And, with that, the moment was gone and it was back to pageant business. The way it should be. The event moved onto the evening gown competition with the final 10 contestants of the event. So far, there has been no response from Trump on Twitter, whose latest tweet actually encouraged his followers to watch Sunday night's Miss Universe pageant.

Now that the D-word has been said, let's keep the rest of Miss Universe focused on where it should be: Who's gonna win that crown?