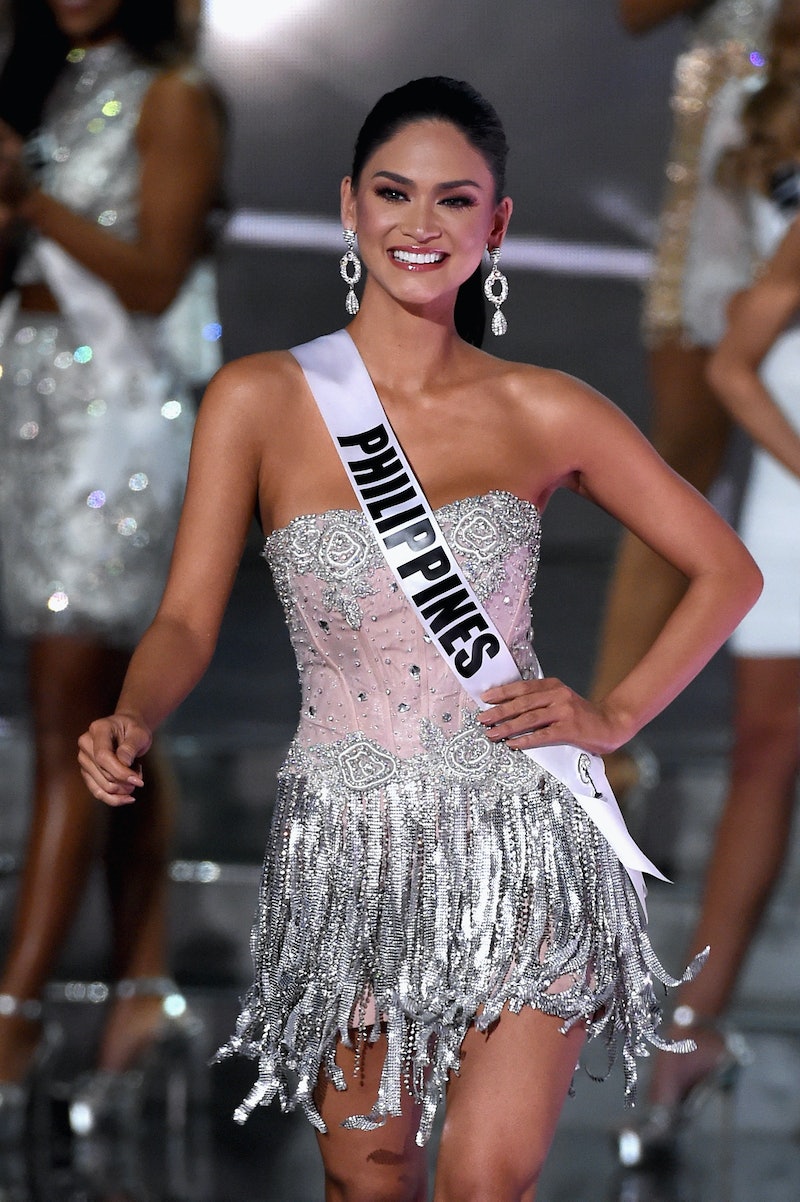 The competition is heating up during Sunday night's Miss Universe pageant at the Planet Hollywood Resort and Casino in Las Vegas. The original field of 80 contestants has been narrowed all the way down to the Final 3: Miss USA, Miss Colombia, and Miss Philippines, who won the fan vote for the evening gown . So who is Miss Universe Philippines Pia Wurtzbach, and why is she already a fan favorite? Well, Pia Wurtzbach wears many hats: She's a model, TV personality, chef, beauty writer, and makeup artist.

Born to a German father and a Filipino mother in Germany, Wurtzbach attended secondary school and culinary school in the Philippines. The contestant is also very active on social media, posting updates to her 166,000 Instagram followers and 40,000 Twitter followers. The 25-year-old pageant star has also been romantically linked to Filipino President Benigno Aquino, who's currently single. Aquino told the South China Morning Post that Wurtzbach is "very fun to talk to," but that's as detailed as he got about the nature of their relationship.

During the Miss Universe pageant, Wurtzbach was asked about another political relationship — the one between the Philippines and the United States — during the question portion of the event. The question Wurtzbach received was whether or not she would support the reopening of an American military base in Philippines. "The United States and the Philippines have always had a good relationship with each other," she answered in English during her limited time for an answer. "I think we're very welcoming with Americans and I don't have a problem with that at all." Host Steve Harvey commented that Wurtzbach nailed her answer, so he must be one of her fans as well. But his support pales in comparison to her fans on Twitter who have been proudly declaring their love for her all night.

But, will Wurtzbach be the one to take home the crown for her home country? There's still a lot more pageant to go before we find out.