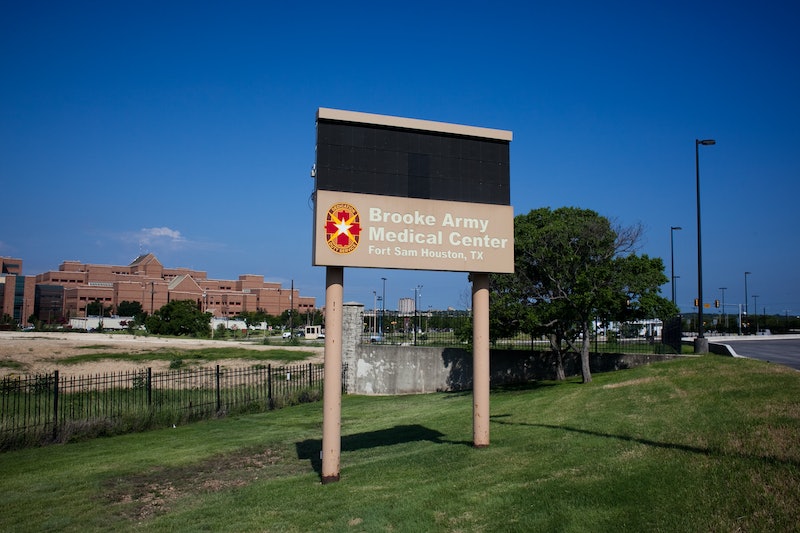 If you're keeping up with Serial, you're probably learning a lot about Bowe Bergdahl's past. The U.S. Army sergeant became a household name in 2014 when he was returned to the United States after five years in captivity with the Taliban. Unlike most P.O.W. cases, however, Bergdahl's story is muddled with controversy, in part because he has admitted to intentionally walking away from his unit in Afghanistan. As a result, Bergdahl now faces a court-martial, but his future remains vastly unclear.

In the meantime, Bergdahl has been working a desk job in Texas: after being brought back to the U.S., he was assigned to an administrative position at Fort Sam Houston in San Antonio, Texas. Specifically, he has been assigned to U.S. Army North, a service component command responsible for "support of civil authorities." Thanks to the controversy that surrounds him, Bergdahl has two non-commissioned officers assigned to him, whenever he leaves the post, for his protection.

But Bergdahl will likely be spending a lot of time at Fort Bragg in Fayetteville, North Carolina, in the near future. There, he'll be tried via general court-martial, the most serious type of military disciplinary proceeding. The Army announced last week that Bergdahl would face charges of desertion and "misbehavior in front of the enemy." The latter charge carries a maximum punishment of life in prison, meaning that Bergdahl's recently regained freedom could be taken away again permanently.

Bergdahl's side of the story, though widely reported by the media, had largely remained a mystery until the long-awaited second season of Sarah Koenig's Serial podcast premiered in early December. This time around, Koenig is telling Bergdahl's story, using interviews Bergdahl did with filmmaker Mark Boal as well as her own original reporting. Although rumors and reports from his fellow soldiers filled the never-ending news cycle following Bergdahl's return home in 2014, Serial will be the first time that the general public has heard an explanation from Bergdahl himself about why he walked away from his unit, what his time was like with the Taliban, and what he is up to now.

Beginning in 2009, Bergdahl spent five years with the Taliban, in an environment that tested his physical and psychological limits. Clearly, freedom has come at a high price for Bergdahl.

More like this
Taylor Swift, Kerry Washington & More Speak Out On Uvalde Mass Shooting
By Jake Viswanath
Photos Of Boris Johnson Drinking At A Downing Street Lockdown Party Have Surfaced
By Bustle UK
What Does Michael Peterson’s Family Think Of 'The Staircase'?
By Arya Roshanian
Michael Peterson & Sophie Brunet’s Relationship Timeline
By Morgan Leigh Davies
Get Even More From Bustle — Sign Up For The Newsletter