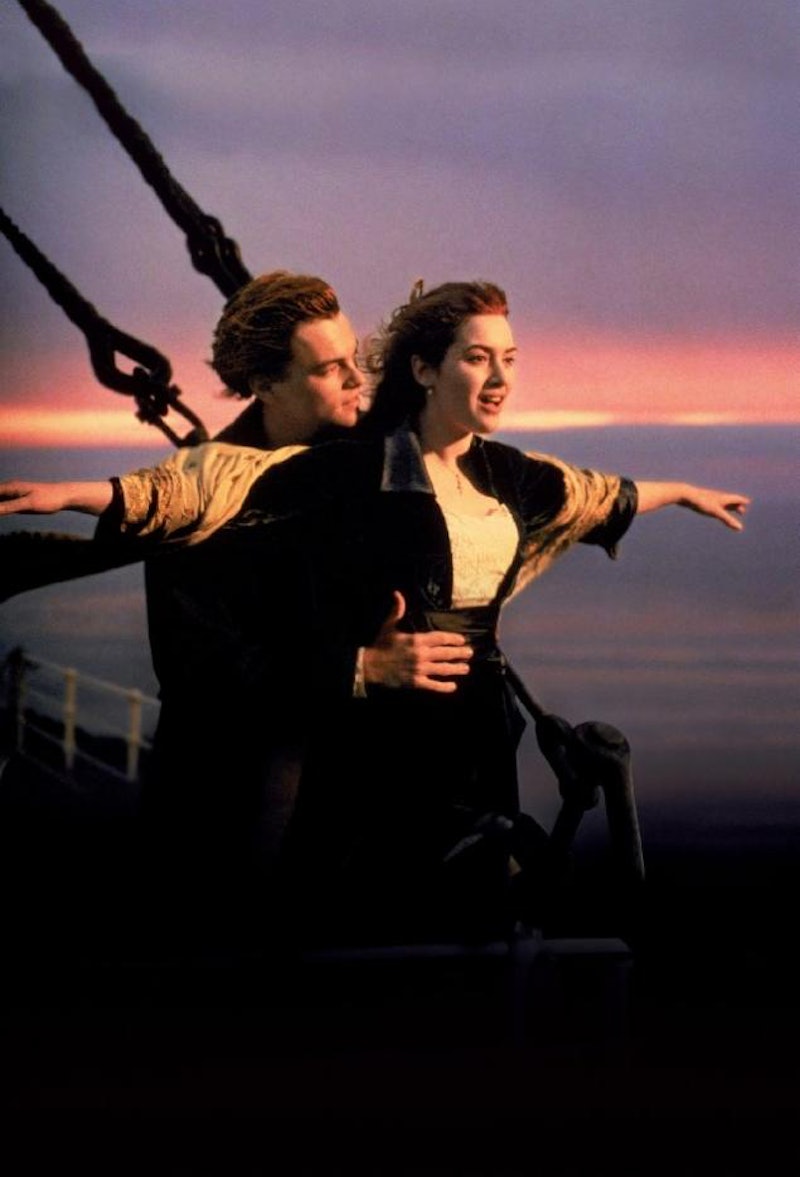 Whether you realize it or not, the '90s were a monumental time period in filmmaking. From breakthroughs in special effects, to the start of Disney Pixar animation, and even the beginning of classics we're still obsessed with today, it's safe to say that we wouldn't have the box office topper's of today if it wasn't for these amazing '90s movies that came before (and we definitely would not have Jurassic World — because, well, you'll see).

Because, while the '90s was an entire 10 year time period, picking out the most memorable actually isn't as complex as you might think. The immediate classics were easily able to stop themselves from getting buried along with the rest. In fact, some of these '90s classics managed to make their ways back into theaters, into the jokes of other movies and television shows, and even on to the Broadway stage. The best movies of the '90s truly stand-out among the rest due to their unforgettable story-lines, their characters worth remembering and the careers of actors they have helped launch along the way.

So, are you ready for some serious nostalgia? Here are 25 of the best movies we still love today that just so happened to be made in the '90s.

Rose and Jack's love story took our hearts and tore it into pieces as they fell in love against all odds and went through the horrific event that was the 1912 sinking of the ship the Titanic. The classic film ended up being nominated for 11 Academy Awards in 1998 and took home eight — including Best Picture.

Quentin Tarantino's 1994 film really mastered what it means to be crime-drama. And, with a cast including John Travolta, Uma Thurman, and Samuel L. Jackson, it's no wonder that this one of his many films was definitely one to remember. The film also won the Oscar for Best Screenwriting in 2005 and inspired the 2015 hit song, "Uma Thurman."

Run, Forrest, Run! With the perfect combination of comedy and tear-jerker moments, Tom Hanks and the rest of the cast and crew took home a total of six Academy Awards and inspired all of America and the world to just keep on running.

In love with Jurassic World? Well, the 2015 hit summer blockbuster wouldn't be around if it wasn't for the original classic. Original director Steven Spielberg sure hit it out of the park with this one, because, honestly, who doesn't love dinosaurs in modern times?

I'm pretty sure that Mean Girls may have never come along if a movie like Clueless didn't break out in the '90s. The typical story of rich girl dealing with the everyday trials and tribulations of high school was not only hysterical, but also note-worthy for clique-comedies to come.

Red pill or blue pill? Movie watchers of the '90s took the red pill along with Keanu Reeves and started to question everything we know about human existence — with some insanely cool action scenes thrown in there.

Long before the days of Frozen, Disney animation took over with The Lion King, a Hamlet-based kids movie that made even adults sob as it told the story of a lion cub set to become king. The hit film later went on to become a Disney Broadway classic as well.

Nothing is more disturbing and terrifying as the mind of serial killer. And, through the mind of Hannibal Lecter, both Clarice (played by Jodi Foster) and the audience learned the true meaning of chill-inducing horror.

Who knew a movie revolved around math could be so good? With the talents of Robin Williams, Matt Damon, and Ben Affleck, this 1997 classic took home two Oscars and a ton of hearts.

With a story that not only shines a light on the horrors of jail time, but also pulls of the fears of being convicted wrongly, this classic made tears flow and emotions run high. So much so that this film is actually ranked no. 1 in the IMDB Top 250.

I'm know I'm not supposed to talk about fight club, but how could we not talk about this movie? With the talents of Brad Pitt and Edward Norton, this David Fincher hit explored the struggles of needing more through the complexity of an underground fight club.

This movie mixed mid-life crisis with just plain creepy, but, somehow, we couldn't stop watching. Going back and watching this movie now, it's no wonder that Kevin Spacey got cast as Frank Underwood in the 2015 hit-show House of Cards.

Ever wonder what your toys do when you're gone? Well, Disney Pixar first broke onto the feature film scene with the very tale that lets us know! It not only broke ground for the way animated kids' films would be produced moving forward, but was the beginning of a beloved franchise.

Steven Spielberg's tale of the brutal life of soldiers at war not only shocked everyone with its disturbingly realistic war scenes, but it also made us get so connected to it that the almost three hour film seems to just fly by.

Nothing quite says mob movie like this popular 1990 flick. Starring mafia movie staples such as Robert DiNero, Ray Loitta, and Joe Pesci, the harsh reality of life in the mob was a surefire hit.

The Coen Brothers sure know how to make a completely bizarre film — that audiences still can't get enough of. This comedy-crime film is still a favorite.

It was the teen horror movie that basically defined a generation. It not only inspired numerous sequels, but also the current MTV television show — and a ton of Halloween costumes.

This hilarious '90s comedy not only made us laugh and want Mrs. Doubtfire as our nanny, but it also also showed the all-too-real struggle of families going through a divorce.

The concept of a day repeating itself over and over and over again is pretty horrific sounding, but, as a viewer of this classic '90s film, it was nothing less than entertaining.

The seven deadly sins as a tool for murder made up the plot of this classic '90s crime-mystery movie. David Fincher, along with the talents of Brad Pitt and Morgan Freeman, kept viewers on the edge of their seats.

A story about five criminals that is actually more exciting than you think it might be. I can't say much more without ruining it.

The Big Lebowski wasn't the only Coen Brothers hit of the '90s. In fact, two years earlier they shared yet another crime film with us that followed the story of a crime gone wrong. The film ended up taking home two Oscars out of seven nominations.

Kevin Costner helped us learn about a Native American tribe and the wild wolves in this 1991 Best Picture Academy Award winning film, showing us the power of human connection and bonds across even the barrier of language.

This 1999 chick-flick classic made us fall in love with Heath Ledger and Joseph Gordon-Levitt for the first time — along with Julia Styles of course. And it made us all want to write poems to our crush and recite it in class.

Whether you liked these films or hated these films, you can't deny that they basically defined the '90s. And that's why they'll always be the best.