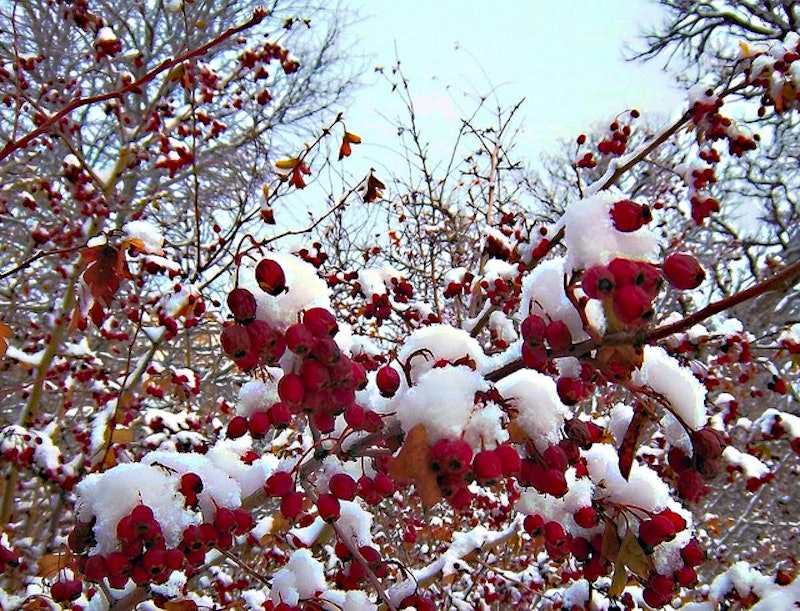 You probably already know that today is the winter solstice — and to most people, that means very little. Yes, it does symbolize the beginning of winter, and it is the longest night and shortest day of the year. But as a holiday, it gets lost in the madness of Christmas. While people are driving themselves crazy trying to think of what to buy for their distant cousin they know nothing about, this hugely symbolic and richly traditional day will come and go, and most people will never observe it.

To my mother and I, the winter solstice is our celebration. This is the night when my mother’s mixed bag of spirituality culminates in a wild night of music, art, nature, food, and love. My mother decided to forego the Christian upbringing she had as a child and raise me under the vast umbrella of what she came to believe — a mix that includes Eastern philosophy, pagan theology, new age practices, and a general appreciation for the planet.

But the solstice isn’t just another holiday. In ancient Rome, the winter solstice was celebrated as Saturnalia — a week of revelry and feasting to celebrate and distract from the dark and cold winter. In Scandinavia, the Feast of Juul was about building bonfires to honor light and praying for the return of the sun. Solstice celebrations are an ancient tradition that span across all continents, religions, and people. So naturally, it fit right in with my mother’s spiritual beliefs.

Growing up, celebrating the solstice didn’t seem anything out of the ordinary to me. My mother smudged sage in our home, played with tarot cards, read my astrological birth chart, and kept spell books and astral projection guides around. We didn’t go to church, but my mother believed in a higher power and in being good to the world. My mother’s friends weren’t religious either; a few sang in the choir at church or were culturally Jewish, but most of them were on the same page as her — as this photo of my mother and her friends, dressing up as flower goddesses, shows.

Growing up, our houses were always surrounded by nature, and being able to be outside has always been a huge part of my mother’s spirituality. We were lucky enough to live surrounded by water or the forest, where we spent most of our time. She spent so much time outdoors and in tune with nature that the animals started to seek my mother out. Deer came up to her so she could hand feed them. Birds slept outside her window. When we would play in the creek in our backyard, dolphins would swim up to say hello. There was a magnetic energy that my mother had in nature — you couldn’t deny or write off her spiritual presence.

As a musician and artist, she believed in the healing power of song, as well as the connection to the earth that it provided. Her music draws on subjects like heartbreak, rivers, oceans, and history. Her art is influenced by ancient folk art and depicts abstract animals like wolves and horses, dancing in the moonlight.

My mother's spirituality is related to all of these experiences and beliefs. She spent many nights communicating with spirits — the ouija board or seances weren’t out of the question in our house. We weren’t haunted, but she taught us that it was important to understand and be mindful of the other realm of life, and the energy that human life leaves behind. Goddesses of all walks were called upon in our home — not worshipped so much, not even really prayed to — but honored. Egyptian, Greek, Norse, Mesopotamian goddesses — symbolic of life and love and knowledge and womanhood — had a strong presence.

It sounds crazy — kind of like the beginning of Practical Magic — but it wasn’t. It was just a way of making peace with the world. And the solstice celebration became the pinnacle of these beliefs and traditions.

Our solstice celebration combines a little bit of the old world (minus the human sacrifices) and a little bit of the new. We build huge bonfires, put up hundreds of twinkle lights, play music outdoor all night long by candlelight, and express gratitude for the earth, the moon, and the sun. We take moments to be silent and connect with nature. We dance and howl and sing at the trees. We drink wine and eat cheese and baked goods, too — it’s a party, after all. But the solstice is not about religion. To my mother, it’s bigger than religion — it’s about a natural occurrence in the earth, the planet spinning on as it is supposed to and always has. It is about being connected to Mother Nature and the elements.

The solstice could mark the beginning of something bad — winter is when things die, it’s cold, people grow sluggish and depressed. It could be a solemn affair. But our solstice celebrations are the opposite — they're about celebrating the light during the darkness, the natural process, the warmth we can create during winter. I don’t necessarily hold as the same beliefs as my mother — who does? The important part of my mother’s belief was that it was hers; she shared it with me but never enforced it. But the memories that her spirituality and practices are centered around are better to me than any Christmas I could imagine.