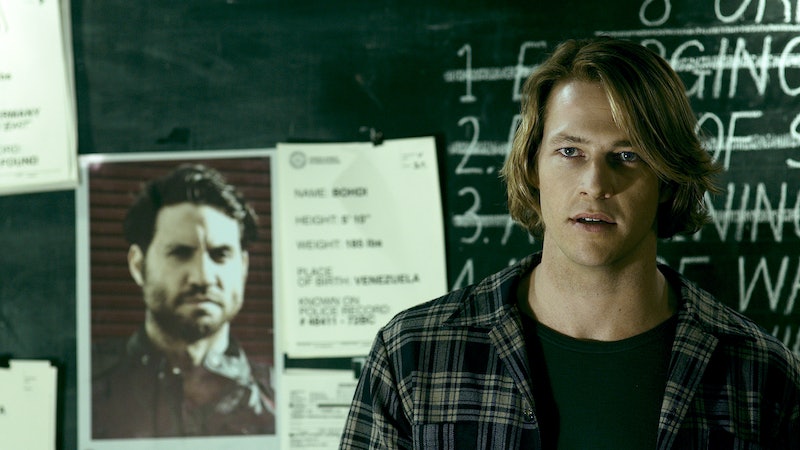 Fans of the original Point Break are loyal. Very loyal. So when it was announced that there would be a remake of the '90s cult classic about a gang of surfers that led a double life as bank robbers — starring Keanu Reeves and the late, great Patrick Swayze — many of those loyal fans were very vocal about it. But those fans shouldn't be too worried about this remake sullying their beloved movie. In fact, the remake is not a remake, per se. It's an entirely different movie altogether. The best way to this reiteration is as a movie that has the same

, but with different contents — and the cast and crewof Point Break are pretty sure that you'll notice.

Bustle had the chance to talk with the movie's two leads, Luke Bracey and Edgar Ramirez as well as the as director Ericson Core and technical advisor/wingsuit pilot (the wingsuit scene will make your jaw drop), Jeb Corliss about this revamp of the movie. Bracey, who plays Reeves's iconic Johnny Utah, talks about how big of a fan he was of the original as a surfer growing up in Australia, while Ramirez, who plays frenemy Bodhi (played in the original by Swayze) cites the differences between the reboot and the original. The movie's main draw is the high-octane, extreme games makeover Core and Corliss injected into the story including the fictional "Ozaki Eight", a series of trials against the forces of nature — and believe me, "extreme" doesn't even

to describe the stunts created for this movie. Watch the video below to see the cast and crew about the adrenaline-infused reboot of Point Break, which hits theaters Dec. 25.