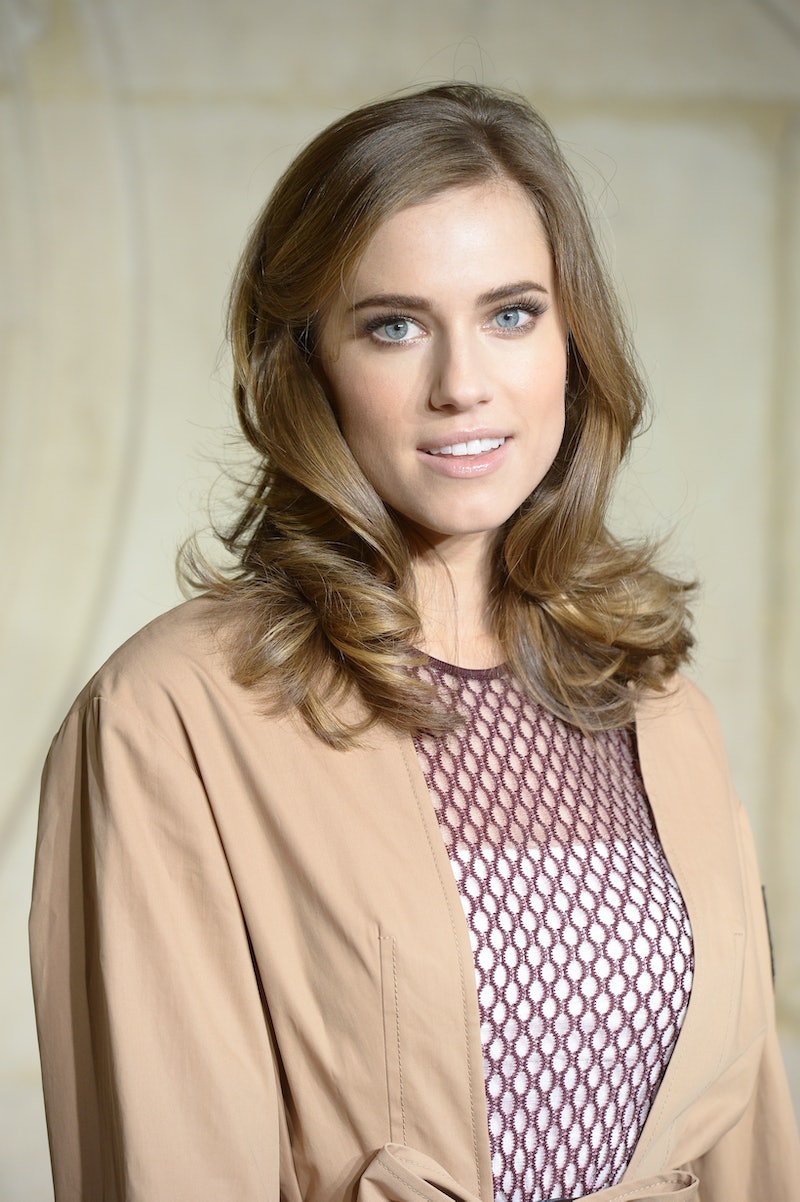 If you haven't yet had a chance to tune into last night's Girls episode and (don't mind a few spoilers), allow me to share with you the most cringeworthy Marnie scene ever seen on the show — since that one time she sang a cover of "Stronger" by Kanye West at her ex-boyfriend Charlie's work party, anyway. Turns out, during Marnie's shortlived reunion with Charlie between seasons two and three, he convinced her to pursue her dreams of being a singer by filming a music video for a heavily auto-tuned cover of the Edie Brickell & New Bohemians song, "What I Am." What was originally a free-spirited, smart take on existentialism becomes a vapid, embarrassing pop song in Marnie's hands, and that's before you see the video consisting of Marnie writhing around in a warehouse somewhere in Queens. Difficult to watch, yes, but according to Allison Williams, Marnie's embarassing music video in Girls is something we needed to see as an audience to better understand how messed up she is right now.

Speaking to NY Mag, Williams divulged: "Marnie’s so misunderstood the meaning of the song," she said. "She’s very confident and also, her first instincts aren’t always right. I think that is a lethal combination: She just thinks she’s right instantly and executes quickly."

Seems about right, especially if Charlie was there, encouraging her in his own Charlie way. Additionally, I have to commend Girls for handling Christopher Abbott's abrupt disappearance from the series between seasons so well — because, really, it should be a problem that we never saw what his relationship with Marnie was like after they reconciled. The music video he apparently encouraged her to partake in is total crap, and most people would be able to see that. I can't tell if Charlie was unconsciously trying to sabotage Marnie in some way by telling her it was a good idea (and by uploading it to YouTube on his own account), or if he was really so blinded by his love for Marnie that he legitimately thought her hotness would make up for the terrible video, and Marnie can't tell either. The feeling of anxiety and confusion over not knowing what the other person is thinking is pretty common in relationships, so it actually brings more depth to the situation as a whole — we don't know what happened, Marnie doesn't know what happened, therefore we understand better what she's feeling.

Considering how Charlie bolted from their relationship, however, I'm inclined to go with the former.

Anyway, as for shooting that godawful video: Williams explained that it took place at a Long Island City warehouse, and filming it "was like a fever dream." It looks like a fever nightmare, so close enough. She also got the chance to personally tell Brickell that the show would be featuring her song in some format, through Brickell's husband, Paul Simon: "I met [him] right after I’d shot the video, and I told him, 'You’ve gotta tell your wife that this is coming, because she’s going to notice an uptick in ‘What I Am’ attention and I may have something to do with it.' I do it with love — just tell her that."

Now, let's all watch Marnie's video, and pray that the whole thing is one day released so we can cringe at that too.

More like this
Britney Has Been Granted A Restraining Order Against Her Ex-Husband
By Bustle Staff
Who Is Betty Who Dating? The Australian Singer Is Married To Her Tour Photographer
By Radhika Menon
Everything To Know About J-Hope From BTS’ Solo Album ‘Jack In The Box’
By Stephanie Topacio Long
Will Beyoncé Be At The BET Awards To Perform “Break My Soul” Or Attend The Show?
By Jake Viswanath
Get Even More From Bustle — Sign Up For The Newsletter