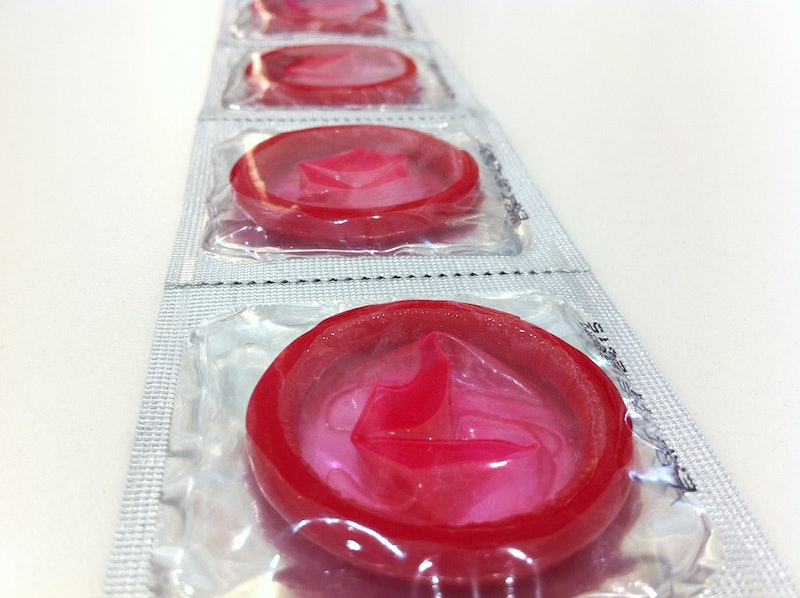 Scientists at the Texas A&M University Health Science Center have developed a new “super condom.” Sadly, the “super” in title doesn’t mean that the condom will give you an adamantium skeleton or the ability to fly, but it does have its own impressive superpower: The condom fights HIV, even if it breaks. And if that weren’t enough, the condom is also designed to promote sexual pleasure more effectively than condoms currently on the market. “Super” indeed.

Research into the new condom is being led by Mahua Choudhury, an assistant professor at the Texas A&M Health Science Center Irma Lerma Rangel College of Pharmacy. Choudhury was one of 54 grant recipients from the Bill & Melinda Gates Foundation, as part of the foundation’s Grand Challenge in Global Health initiative, which awards funds to research aimed at solving global health problems. And HIV/AIDS remains a major worldwide challenge: As The Independent points out, in 2015 year, newly diagnosed cases of HIV in Europe reached a 30-year high, with 142,000 new infections. Globally, 36.9 million people are living with HIV/AIDS, two million of whom were newly infected with HIV in 2014. Choudhury claims that if her research is successful, "it will revolutionize the HIV prevention initiative,” adding that she and her colleagues are “aiming to eradicate this infection if possible.”

So what makes the super condom so super? The condom gets around two issues that contribute to HIV transmission: Condom breakage and the fact that many people dislike using condoms. This new condom is made of an elastic, water-based gel called “hydrogel.” Hydrogel is already in use in a variety of medical contexts, including wound dressings and contact lenses. Embedded in the hydrogel is a plant-based antioxidant that blocks the HIV virus. That means that even if the condom breaks, the antioxidant will still prevent HIV transmission.

Researchers claim that the antioxidant in the hydrogel condom also has the added benefit of increasing sexual pleasure, an important feature for people who avoid using condoms because they believe that condoms dull sensation. Choudhury explained to the BBC,

People say they don’t want to use condoms because it doesn’t have the same sexual pleasure. The anti-oxidant [in the condom] will enhance neurotransmitters which will work with nerve endings, giving greater sexual pleasure. If the HIV virus gets into the product, the condom will block it, prevent it replicating, and prevent entry [into the body].

The hydrogel condom is still in the prototype phase, but Choudhury predicts that it could be on the market as early as next year. She says that multiple companies are interested in producing the condoms, which she expects will cost a very affordable $1.

More like this
This Company Will Send STI Tests Right To Your Door
By Lexi Inks
Are Sagittarius & Sagittarius A Good Match? Astrologers Weigh In
By Kristine Fellizar
Do I Have To Tell My Crush That I Slept With Her Ex?
By Sophia Benoit
How To Have A Hometown Hookup Without Catching Feelings
By Lexi Inks
Get Even More From Bustle — Sign Up For The Newsletter