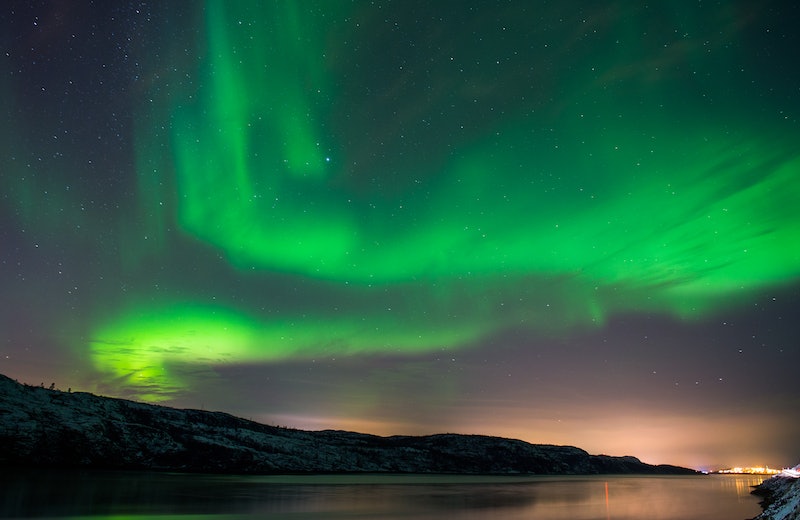 Seeing the Aurora Borealis may top everyone's bucket list, but where do the Northern Lights come from? Although we're taught in school that the spectacular lights swirling above each pole are the result of interactions between the sun's plasma and the Earth's magnetic fields, little has been known about the specifics of that interaction until recently. A study published this month, however, could finally shed light on one of nature's most beautiful and enduring mysteries.

Using computer simulations, researchers at Kyoto and Kyushu Universities in Japan created an explanation for what causes the Northern Lights. Despite popular belief, the lights are always faintly visible above the poles. What we colloquially know as the Northern and Southern Lights are actually known as "auroral substorms," in which the aurora brightens and surges, giving the familiar appearance of dancing lights. But what causes these substorms in the first place?

According to the study, it has to do with something called "magnetic reconnection." Above each pole, the Earth's magnetic fields converge. When they're exposed to charged particles from the sun, aka solar winds, these fields are converted from magnetic energy to "kinetic energy, thermal energy, and particle acceleration" in a process known as reconnection, Wired explains. Scientists have long known about the phenomenon, but here's where the Japanese study comes in: According to researchers, reconnection causes the plasma of the Earth's magnetosphere to rotate, in turn causing an electrical current. This current creates an excess electric charge that forces plasma in the lower atmosphere to rotate, getting rid of the extra electricity in the form of an auroral substorm, and voila! You have your Northern and Southern Lights.

According to researchers, others have tried to explain the individual mechanisms before, but this was the first time a theory gathered them all together without contradictions. "What we needed all along was to look at the bigger picture," lead author Yusuke Ebihara said, according to Wired.

It's been a big week for the Northern Lights — in addition to finally unraveling their origins, they've been featured all over social media for making a rare appearance above parts of the UK on Dec. 21.

Science-haters to the left, please.

More like this
The 4 Best Humidifiers For Hard Water
By Scarlett James
49 Clever Products That Are So Popular Amazon Can Barely Keep Them In Stock
By Rebecca Martinson
40 Mistakes You Don't Realize You're Making That Cause Expensive Damage To Your Home
By Caroline Reinstadtler
You Can Organize So Much Crap With Any Of These 40 Genius Things From Amazon
By Maria Cassano
Get Even More From Bustle — Sign Up For The Newsletter
From hair trends to relationship advice, our daily newsletter has everything you need to sound like a person who’s on TikTok, even if you aren’t.